The poker landscape may be changing, and that means sponsored pros are finding new homes. In the latest round of signings, former PokerStars Team Online pro Isaac Haxton has joined forces with Partypoker, while Samantha Abernathy will serve as an ambassador for the 2018 Aussie Millions Main Event. 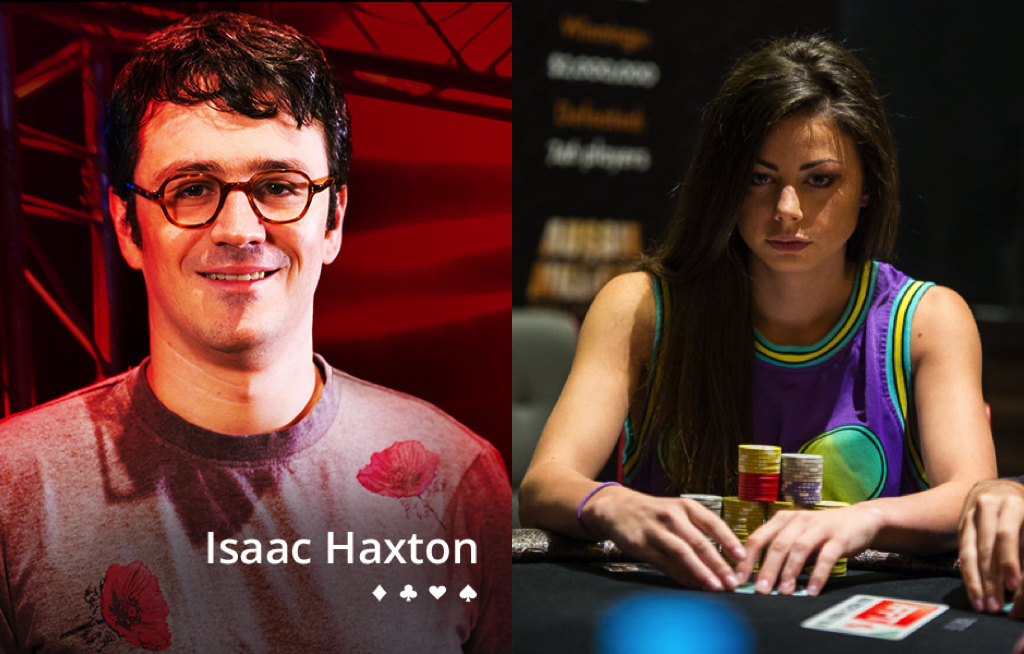 Originally from Syracuse, New York, Haxton has won nearly $16 million playing live tournament poker, and countless millions more in the online realm. His biggest cash to date came in 2014 when he finished runner-up to Phil Ivey in the Aussie Millions $250,000 Challenge, a high-roller event that paid him $2,525,841.

“I am very excited to be joining the Partypoker team,” Haxton said. “I’ve been very impressed with their growth over the last year or so. From expanding their online cash game and tournament offerings to improving their software, and most of all rolling out their ambitious and innovative live events program, their commitment to growing the game and providing a great product for their players has been clear.”

He added: “I’m truly proud to represent the company, which I believe is going to be the future of poker, online and live.”

Haxton left behind a lucrative sponsorship with PokerStars in 2016, after company leadership made the unpopular decision to no longer honor VIP benefits for the now defunct “Supernova” and “Supernova Elite” status.

“I believe PokerStars is behaving unethically,” Haxton wrote on TwoPlusTwo announcing his decision. “I cannot in good conscience continue to endorse a poker site that treats its players this way.”

Partypoker’s signing of Haxton, who will be representing his new team at the upcoming Partypoker Millions Grand Final in Barcelona, is the company’s latest pro acquisition. Recent months have brought Fedor Holz, Jason Koon, and Joni Jouhkimainen aboard to join Partypoker ambassadors Mike Sexton, Patrick Leonard, and Sam Trickett.

“Over the years, [Haxton] has demonstrated a real commitment to principles and will play a key role in helping us meet and exceed player expectations,” Partypoker Managing Director Tom Waters said in a company announcement. “We are in the process of building a poker site for the players and Isaac will be instrumental in helping us achieve our goals”

Ship It to Mama

But Haxton wasn’t the only player to find a sponsorship gig this week. The Crown Melbourne revealed that 25-year-old America pro Samantha Abernathy would serve as an ambassador for the 2018 Aussie Millions Main Event.

In 2016, the aspiring illustrator and graphic designer made a name for herself at the Aussie Millions, finishing third out of 732 players in the Main Event for a career-high $437,543.

In that tournament, Abernathy played a hand against Melbourne villain Mike Habb that went viral across the poker internet. Habb was keen to say “Ship it to papa” as he slow-rolled Abernathy with pocket kings after she had shoved with sixes.

But when Abernathy caught a karmic six on the river, popular Twitch streamer Jason Somerville offered his own twist Habb’s catchphrase, saying, “Ship it to mama!” as Habb busted in 15th place.

“I had a great time at Aussie Millions in 2016, and was really happy with the result as I had only been taking poker seriously for a couple of years,” Abernathy said. “This year I have double the experience and a lot more tournaments under my belt, so I am confident I can go further.”

Aussie Millions tournament staff hope that having Abernathy serve as an ambassador can help inspire more women to take up the game.

“It is brilliant to see so many women getting involved in Aussie Millions and embarking on poker as both a hobby and career,” Aussie Millions Tournament Director Joel Williams said. “That is why we looked to Samantha to be one of our ambassadors this year. She is an ideal role model and her own Aussie Millions experiences, in particular, show the breadth of opportunity the poker landscape provides to women.”

More stars leave PokerStars and go to other rooms. Really we will see the appearance of a real competitor red-peak?

Wish for the news writer: write more about more simple and affordable promotions for players, not about the lives of poker stars. Stars live their lives, play on their over-the-limit limits and get money on contracts with poker rooms, regardless of the outcome of the game. Simple players with their rake pay all this show.

Nice pick up by Party Poker. Ike is a well respected pro and his prowless are underated. He is one of my favorite two players along with Chris Moorman. Wish him best of luck and will be definetly be following his progress there.