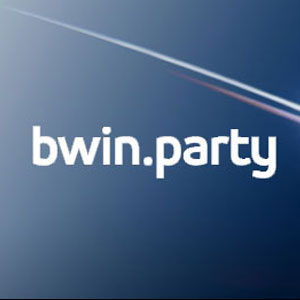 Bwin.party Digital Entertainment Plc raised the stakes of Internet gambling in the United States with a historic sponsorship deal. The Philadelphia 76ers NBA team and New Jersey Devils NHL team – both owned by Josh Harris and based in Newark, New Jersey at the Prudential Center – have signed a multi-year deal with PartyPoker.

Scott O’Neil, the CEO of the 76ers, Devils and Prudential Center, told Bloomberg that the deal signifies the company’s different way of doing business. “We’re looking for groundbreaking opportunities with companies willing to take chances,” he said.

Bwin CEO Norbert Teufelberger noted, “These are two of the most iconic names in American hockey and basketball with huge and loyal fan bases throughout New Jersey and the surrounding metropolitan areas.”

The agreement gives PartyPoker the opportunity to participate in social media and digital asset creation, including mobile, with the 76ers, Devils and Prudential Center. The online gaming company can also advertise in the Prudential Center arena and on television.

In addition, PartyPoker will be able to offer prizes to its online poker and casino players, such as tickets and suites for both teams at home or on road trips, as well as tickets to other events at the Prudential Center. With concerts on schedule like Jay Z on January 22, Kanye West on February 15 and George Strait on March 1, there will be plenty of opportunities to reach a wide audience with tickets for these types of events.

PartyPoker is no stranger to breaking new ground in the United States. The company was the first gambling giant to exit the US market when the 2006 Unlawful Internet Gambling Enforcement Act was passed. Its executives were forward about settling with the US government, paying a fine and wiping the slate clean in the hopes of reentering the US at a later date. Meanwhile, bwin.party signed a significant partnership with the World Poker Tour.

When New Jersey decided to legalize online gaming, PartyPoker signed a deal with Borgata and was the first to receive a gaming license from the state’s Division of Gaming Enforcement. The site has since soared to number one with players and holds nearly 50 percent of the market in New Jersey thus far.

The deal between PartyPoker and sports giants like the 76ers and Devils is historic for the Internet gambling market in the United States. Land-based gambling entities have been sponsors of various major sports teams. For example, the Mohegan Tribal Gaming Authority owns the WNBA’s Connecticut Sun team. And online poker companies are no strangers to sponsoring professional soccer teams in Europe, such as bwin’s agreements with Manchester United. However, the latest deal for PartyPoker is one for the history books and may set a new precedent for online gaming companies in the United States.

just great, they made a millions valued contracts but they can’t pay me 500$ lmao 😀

Olala I may have to move over to party poker :p