A representative for Hold’em Manager, the popular online poker tracking software program, took to the Two Plus Two forums earlier this week to blast Partypoker for its decision to stop allowing players to access their hand histories starting later this month. 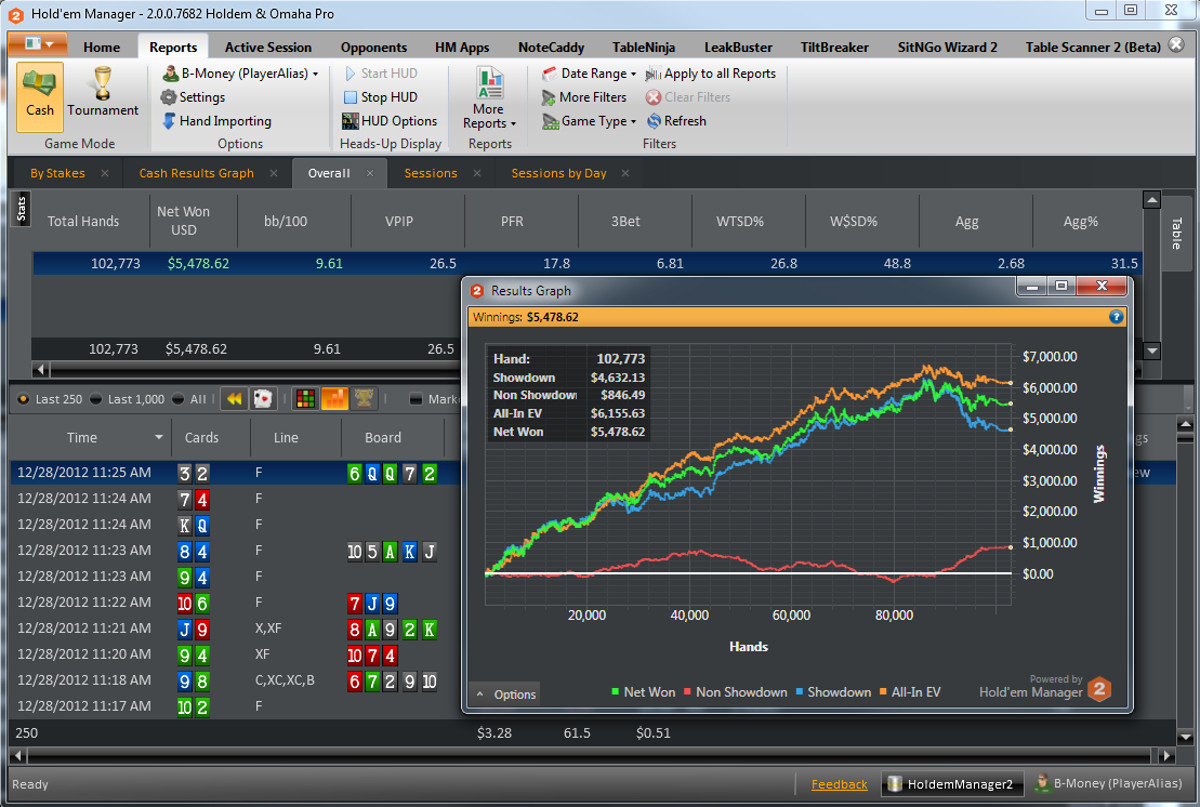 Partypoker will stop players from being able to download their hand histories starting next week, a move that Hold’em Manager representatives say is bad for game integrity. (Image: Hold’em Manager)

The representative, who posted under the name “Holdem Manager,” framed Partypoker’s move as one that could be “dangerous” for players and that would make it more difficult to catch cheaters on the site.

The move, which will happen on June 17, is part of a serious of changes coming to Partypoker. That includes requiring players to change their screen names in addition to the elimination of downloadable hand histories.

Added together, these changes will make it difficult to take advantage of tracking software like Hold’em Manager – at least when it comes to learning opponents’ tendencies. The forced change of aliases will eliminate the value of any prior hand histories, and with no new ones to replace them, players won’t be able to gather much data on their opponents.

Partypoker – and other sites that have made similar moves in the past – has framed these changes as a way to protect its casual player base. Since professional and serious players tend to use heads-up displays (HUDs) while recreational players do not, this only serves to widen the gap between the sharks and the fish – not an ideal situation for an online poker operator.

But in a post attributed to Max Value Software LLC – the company that owns both Hold’em Manager and PokerTracker – a Hold’em Manager representative warned that rather than protecting players, the software changes could actually put honest users at risk.

“With the removal of hand histories, Partypoker is effectively asking their players to ‘trust us but do not verify,’” the representative wrote. “Some players will minimize the implications of no hand histories because they are comfortable relying solely on Partypoker internal security. This kind of blind faith is dangerous and ill-advised for at least a couple of reasons.”

The Hold’em Manager representative pointed out that in a recent announcement from Partypoker touting the closure of 39 bot accounts in April, 15 of those came as a result of player reports rather than internal security.

That’s a story that has played out throughout the history of online poker, with many of the biggest scandals in the history of the industry being uncovered by players, rather than (or sometimes in spite of) internal security teams.

“On multiple occasions, hand histories were used to detect major cheating scandals that involved players being cheated by poker site ‘insiders,’” the representative wrote. “While this is not an accusation against Partypoker, it is the height of being naïve to assume that it could not happen again.”

The post ended with a call for players to make others aware of how the changes could impact game integrity, to contact Partypoker about their concerns, and consider playing at other sites.

By and large, respondents in the thread said they agreed with the post, with some saying they would no longer play at Partypoker after the changes went into effect.

“Hand histories are fundamental to the trust that players place in online poker sites,” wrote ‘Josem.’ “It is very unsafe to play at an online poker operator that does not allow players to keep their own hand histories.”

Hold’em manager reaction clearly indicates they are going to lose a good amount of business due to Party poker decision. I feel sorry for them.
But on the other hand i think Party poker made the right decision. It helps in many ways. If your opponents details are available to you then sure your details are also portrayed somewhere else. If all details added together then sure a BOT can be manufactured with all histories of the players. And it would be more disastrous and may be more difficult to detect.

There is a solution to this prob to satisfy both current Poker strategie rules and customers,
Make a Replayer to be consultabile by anyone along with this specific rules:

1. Distribuite players cards and complete board cards all together with board cards covered but consultabile via Replayers after the hand have complete.
2.After cards distribution follow with normal game sequence , preflop betting etc, then allow to uncover FLOP 3 CARDS, remember board has been dealt completely but its covered and board cards will unveil step by step as games hand is progressing.
THe idea is to show via Replayers to the customers that it was nothing you could do in that Hand because all cards have already distribuite , and your game consulted via Replayers was not affecting the HAND .
THIS will remove any doubt by anyone at any time.