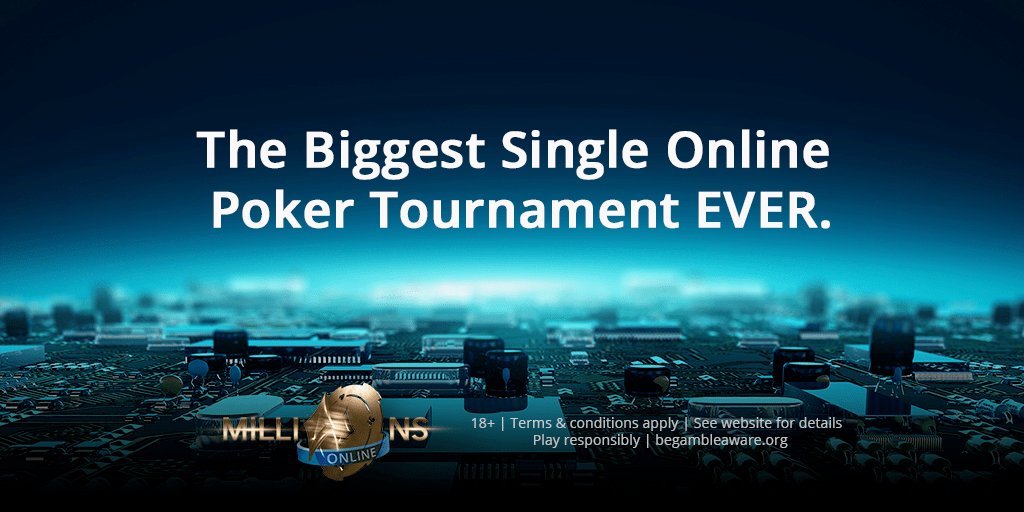 As Day 1D on Monday progressed and the tournament approached the 4,000 players needed to hit the guarantee, company employees watched the countdown in anticipation. And then when the ticker hit the milestone, a celebration ensued.

You’d think they just landed a rover on Mars, or maybe won the World Cup.

Wow! The #MILLIONSOnline has hit its $20 million guarantee and is now the biggest-ever single online poker tournament in history! We cannot thank you enough for your incredible support! pic.twitter.com/awuT1b487T

The winner in this historic event will take home $2.5 million, also one of the largest prizes ever for a single, non-high roller online tournament.

They Said $20M Couldn’t be Done

Naysayers — and there were many of them — didn’t expect the Millions Online to hit the $20 million guarantee. After all, Partypoker doesn’t have near the player base of its main competitor – PokerStars.

Word quickly got around once Partypoker announced the event. CardsChat’s forum helped spread word and our news team covered the story last month.

But it wasn’t just CardsChat buzzing. Other poker media outlets told their readers, too, and soon the Millions Online was attracting real attention on social media as the poker community began to recognize that this could be a historic event.

If the eventual Millions Online winner isn’t already wealthy, he or she will be soon. The champion, awarded tomorrow, will receive $2.5 million.

Registration closed on Monday with 4,367 entries. Day Two began on Tuesday and the bubble is expected to burst early.

Some big name pros made Day Two, including Fedor Holz who livestreamed his Day One session on Twitch. The German superstar who also represents Partypoker was an online poker legend before crush the live high-roller scene.

Holz brought a playable stack to Day Two (11.9 million). Philipp Gruissem, another German crusher, had an impressive first session. He finished Day 1B as the overall chip leader (26.7 million).

Gruissem and Holz have combined for nearly $44 million in live tournament winnings. What’s another $2.5 million going to do for them?

In case you’re curious how the Millions Online compares to the largest live poker tournament, it doesn’t. The 2006 WSOP Main Event — won by Jamie Gold for $12 million — had an $82.5 million prize pool.

The $21.78 million prize pool Millions Online, if it were a live event, would rank 21st all-time, just ahead of the 2015 Super High Roller Bowl which paid $21.5 million to the players.

Nice to see a poker site, other than PS, break an online record!
I hope this starts an intresting ‘war’ between the two sites.

nor did he imagine Partypoker would be the biggest online poker site. because I always played at pokerstars, I’m sure I’ll also start playing at the partypoker because it’s always good to meet new players so you can better develop your game