Cash game players at Partypoker can now elect to run it twice as the developers push to make the site’s software as slick as PokerStars’. 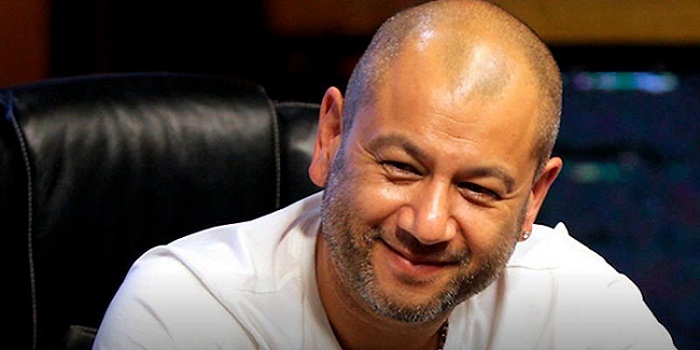 Partypoker has released a new run it twice feature, but Rob Yong admits more changes need to be made. (Image: Cardmates)

The optional extra is only available for desktop users playing FastForward cash games. However, the plan is to roll it out to all devices and cash tables in 2020.

Double Fun with Run It Twice

In practice, run it twice kicks in when two or more players are all-in. Assuming everyone has activated the feature, the software will deal two flops, turns and rivers.

Each board is worth 50 percent of the pot, meaning it can either be split or won by a single player if their hand is best in both instances.

Allowing players to run it twice will bring a new dimension to Partypoker’s cash games. However, it’s an option that other online poker sites, including PokerStars, have offered for some time.

For Rob Yong, the latest update is a positive, but it’s taken too long. During a “candid” interview with Jaime Staples, Yong discussed his relationship with Partypoker and the current state of its software.

Described as a “key partner,” the owner of UK cardroom Dusk Till Dawn said he has a five-year agreement with GVC boss Kenneth Alexander.

After purchasing Partypoker in 2015, Alexander looked to Yong for help developing the platform. Despite having experience in online gaming as a whole, the GVC CEO admitted poker wasn’t his forte.

Yong agreed to help and, along with some personal investment, he’s acted as an advisor since 2016.

Partypoker Improving, but Not Fast Enough

During that time, Partypoker has become “three times as big” as it was. However, Yong believes more changes need to be made and, most importantly, at a faster pace.

Within his honest assessment, Yong’s reference to PokerStars brings to light a simmering rivalry. Although implicit, there has been an ongoing battle between the two online poker operators for the last 18 months.

In the final months of 2018, lottery-style sit and go tournaments became a battleground. As PokerStars upped its guarantees, Partypoker went one better.

The back-and-forth set in motion a cascade of updates and MTT innovations on both sides. Players became the ultimate beneficiaries as the proverbial war ushered in a host of added value.

From Yong’s comments, we now know the tit-for-tat was at least somewhat intentional from Partypoker’s side. In trying to overtake their closest rival, Partypoker’s developers have been aiming to emulate their counterparts’ efficiency.

The introduction of run it twice is the latest example of Partypoker’s efforts to improve the player experience, but, as Yong has said, the update process needs to be quicker.

“I think people are thankful for this improvement. But, people are like, come on hurry up,” Yong continued.

With Partypoker representatives acknowledging the frustrations of players, it will be interesting to see how things progress next year. If the developers continue to up their game, the ongoing battle with PokerStars could produce more interesting innovations in 2020

Not sure if it’s a good idea to copy PokerStars. You need to invent something of your own, or just keep the tradition – good old Texas hold’em. If you really copy something, then the stability of the servers. Partypoker has more important problems than Run It Twice

Rob is doing great things for Party. Great to see a site which can challenge pokerstars. It can only benefit the players