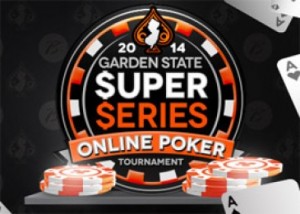 The partypoker GSSS server crash issues was not what the operator needs with PokerStars breathing down their necks in the New Jersey market. (Image: pokerupdate.com)

The partypoker GSSS Main Event, part of the online operator’s extensive Garden State Super Series, had to be abandoned on Sunday due to serious technical difficulties. It had been billed as the most ambitious online poker tournament New Jersey had ever staged, with 20 events and 60 individual tournaments held over two weeks and $1 million in prize money up for grabs.

It would be a series of events, partypoker had hoped, that would remind New Jerseyans of the good old days when they could compete in SCOOPs and FTOPs for mouth-watering prize pools, in the days when they shared the virtual felt with players from all over the world. It would send out an emphatic message that partypoker is the biggest site in New Jersey, and America too (for now), and that it means business.

Reasons to Be Cheerful

The GSSS got off to a fine start too: all six of its events smashed their guarantees on the very first day, Sunday, September 7, and the series continued to run smoothly throughout the following week. However, on Sunday, the day of the Main Event, as well as several additional tournaments, it seems the tournament fell prey to its own success as the entry numbers soared and the servers crashed.

The GSSS shared the three-tiered buy-in structure of the PokerStar’s SCOOP series, meaning that each event offers three buy-in levels: a low, medium, and high. Players from all tournaments at all three tiers began complaining of the tables freezing early on Sunday night, while some tournaments even failed to get started. After several attempts were made to rectify the issue, all tournaments at all buy-in levels were abandoned.

“We sincerely apologize for the inconvenience this will have caused,” a partypoker representative told the players via email. “We have been humbled by this experience and appreciate the enormous burden we have placed on the players tonight and are so sorry. We will diligently work to make certain that we overcome these technical challenges in the future.”

Players who were still in the tournament when it was cancelled received their buy-ins back and a portion of the prize pool based on their chip-stacks at the time. Those who had already busted were not able to claim a refund, as is standard policy.

Each level of the Main Event offered a guaranteed prize pool of $25,000, $50,000 and $200,000 respectively, and partypoker honored the overlays, which, in the case of the high buy-in $200,000 guaranteed, was significant: seven hundred players registered for the $200 buy-in tournament.

We have to shower kudos on partypoker for showing guts and ambition in staging this event at their own risk, and for putting up some generous guarantees. The series has continued this week without any hiccups and we hope it stays that way. The technical problems experienced here will ultimately lead to improvements to what, lest we forget, is still a very new platform. With PokerStars breathing down their necks, they will have to get it right next time.

What is this rah-rah apologetic nonsense spew? Online poker should be legal nationwide, and the cowardly, submissive, nanny craving citizens of this country have only themselves to blame.