Partypoker to Educate the Masses with a New Twitch Channel 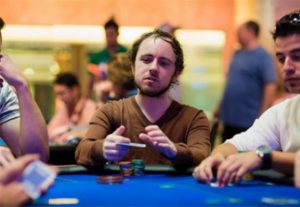 partypoker launches its own Twitch channel and kicks things off with a tutorial from Patrick Leonard. (bluffeurope.com)

Partypoker will be reaching out to more users across more gaming disciplines in the coming months with the help of a new Twitch channel.

Following a trend that’s seen fellow operators and players join the live streaming platform, partypoker will be broadcasting a series of streams featuring some of its regular players.

The latest announcement from partypoker comes just a few days after it made Jackie Glazier part of its sponsored team.

As we alluded to in our recent story, the signing of Glazier appears to be something of a reaction to the wave of non-poker player celebrities becoming ambassadors for major sites.

Although celebrity players have helped expose new demographics to poker, their lack of experience doesn’t offer much in the way of inspiration for seasoned players.

Someone like Glazier, however, has won more than $1.3 million in poker tournaments around the world and has more than a few things to teach aspiring players.

In fact, it’s this ethos partypoker appears to be carrying over to its Twitch channel. The opening stream was manned by team pro and top ranked online tournament player Patrick Leonard, who gave an insight into his thought process during a three hour session.

Looking through the forthcoming schedule, we will see strategy implemented across a variety of disciplines that will form the core offering from partypoker’s Twitch stream. This plan sits in contrast to some of the more “entertainment” based Twitch streams that have popped up over the last 12 months.

Naturally, there’s also a PR slant to each broadcast with steamers giving viewers insight into the latest action on the site, but the bulk of the content is focused mainly on strategy.

Educating a New Generation of Players

As with other poker-based Twitch streams, reaching new players is the number one aim. Gamers who enjoy strategy games such as World of Warcraft and League of Legends have long been seen as the next generation of online poker players.

Although gamers are yet to migrate over to online poker in any significant way, the growing network of poker streams is certainly opening up their eyes to the industry. With this in mind, partypoker will be looking to capture a slice of this new market and, if possible, show them some skills that can help them achieve some early success at the felt.

Indeed, one of the main reasons online players stick around after their initial deposit is the feeling of winning. Teaching newbies how to play and win, should help sites with repeat business, this is why partypoker’s stream schedule appears to be focused heavily on education.