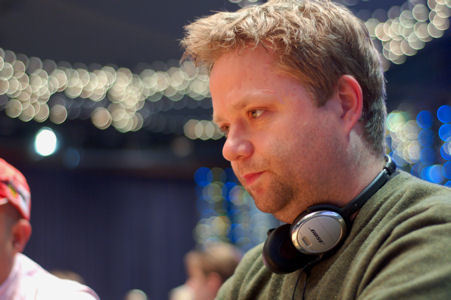 Partypoker announced a blanket ban on all tracking software this week, while PokerStars has said it will make good on its promise to curtail the use of certain aspects of third-party programs imminently.

PokerStars’ changes to permitted third-party tools have been brewing since early summer, but Party’s sweeping prohibition comes out of the blue, although according to the site’s Head of Poker and Network Operations Jay Kanabar, discussions had been going on behind the scenes for the past year.

“To be honest, I don’t think there are radical changes, we are just doing our duty as an online poker operator to provide a level playing field and ensure that we strive to provide the fairest and most ethical environment for all poker players to enjoy the game that we all love,” Kanabar told PokerNews.com this week.

Under the new conditions set by Party, all tracking software and HUDs are out, as are seating scripts, which enable players to avoid regs and victimize weaker players. Following the recent lead of Full Tilt, table selection will also be a thing of the past.

From now on, a player wishing to join a cash game will be added to the room-wide waiting list, to be randomly seated when an appropriate spot becomes available. Players will only see the names of their opponents once the first hand is dealt.

Hand histories, meanwhile, will no longer be downloadable, although players will still be able to view previous hands by clicking the “Missions” icon.

At PokerStars, seating scripts and registration, while not completely banned, will be restricted. From now on, the software can no longer enter a player’s registration into a global waiting list. Instead, they must register players into specific tables or tournaments. PokerStars said it is considering banning all seating scripts in the future.

“This change is designed to protect the weaker players on the online poker network, which is not only good for those players but for all players on the network,” said PokerStars Sit & Go and Tournament Manager Baard Dahl, who announced the changes on the twoplustwo forums.

The relatively new table-selection software SpinWiz, which allows regs to avoid other regs in Spin & Go tournaments, will be banned completely.

Several restrictions on HUDs are also about to be implemented. HUDs will no longer be permitted to display “non-numerical data, categorize players or dynamically display statistics specific to a certain situation,” according to Dahl. Meanwhile, color-coding in HUDs will now be restricted to three colors in total.

“Hand or Situation Analyzers, such as programs that compute equities of various ranges of hands against one another, can no longer be used whilst the client is open,” Dahl added.

The changes have been broadly welcomed by the poker community because of a recognition that change is needed. A lack of new recreational players is hurting the poker ecology, and software that specifically targets such players may soon be a thing of the past.

Table selection was a major attractions of online poker. That was what we were gaining for giving up some advantages of live play like ‘tells’. I don’t think this move by Party and FullTilt is good for the future of ONLINE poker. Might as well play in live casinos.