Party With PokerStars And Daniel Negreanu In Toronto 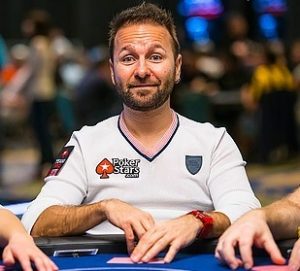 Following on from the operator’s attempts to broaden its appeal to the masses by signing Cristiano Ronaldo, PokerStars will be going back to its roots on August 1 with a VIP Club Live event dubbed: Daniel’s Summer Party.

Set to take place inside Toronto’s Real Sports Bar and Grill, the exclusive event will feature a myriad of activities, including a charity poker tournament with $50,000 on the line.

Throughout Europe, PokerStars has made a concerted effort to reward regular players with a series of VIP events and it now looks as though this trend is now being extended to parts of North America.

Poker Party with a Twist

However, unlike European events which have traditionally used Team PokerStars pros as background extras, the forthcoming event in Toronto will make Negreanu the focus of the evening.

In fact, as well as playing against a collection of celebrities, Negreanu will also play against one lucky grinder in the $50,000 charity showdown.

By trading off of Negreanu’s reputation as both a “celebrity” poker player and a Canadian, PokerStars will be hoping to pack out the bar when the event goes down.

This dual focus between attracting fresh blood to the site through mainstream stars such as Cristiano Ronaldo and maintaining a solid reputation among seasoned poker players appears to be PokerStars’ latest marketing ploy.

As margins in the industry continue to shrink, using a combination of brand ambassadors is something that is becoming more common among the major operators; however, none appear to be able to compete with PokerStars at the moment.

Daniel Negreanu has long held a strong reputation within the poker community and that’s allowed him to cross borders with film and TV projects such as the yet to be released series: Four Kings.

Announced at the start of June and set to feature the likes of Kevin Pollak (Casino and The Usual Suspects) and Willie Garson (Being John Malkovich and Groundhog Day), Negreanu described the show as a cross between Swingers and Entourage.

Although the release date for the series is yet to be finalized, Negreanu believes it will be a hit because it uses poker as a motif rather than a central theme.

By touching on the subject and using the likes of Negreanu to boost the show’s poker credentials, Four Kings stands a good chance of introducing the game to a host of new players across the US.

This exposure should, in turn, boost Negreanu’s profile and further cement PokerStars’ reputation as an industry leader. Essentially it would be a win/win scenario for all involved.

For anyone wanting to party with Negreanu, tickets for the event can be earned by taking part in a variety of themed tasks.