The poker room management team that hosts some of the biggest games in Asia (and therefore the world) is partnering with a casino in Cambodia to bring more tournaments to the region. 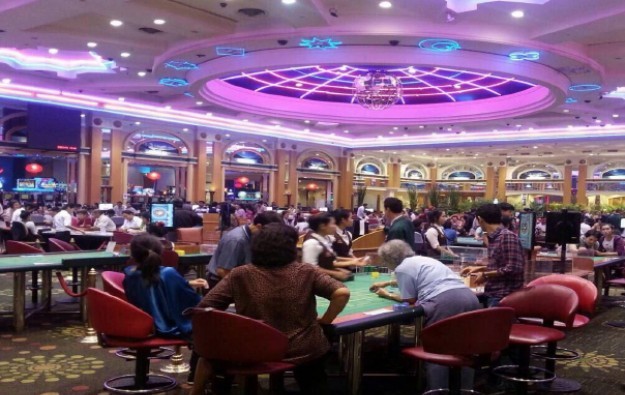 The Star Vegas Casino in Cambodia hopes to up its stature among Asian poker destinations by partnering with Poker King Club to bring international tournaments to the venue. (Image: GGR Asia)

The Macau-based Poker King Club has agreed to a three-year relationship with the Star Vegas Casino in Cambodia to host major international poker tournaments at the property.

“Under the deal, Poker King Club will stage a minimum of three international poker tournaments at the Star Vegas, under a range of potential brands, including the Thailand legs of the Asian Poker Tour and World Poker Tour,” said a statement released Monday from Donaco International, the Australian-based owner of Star Vegas.

The partnership commences July 1. Both companies will share revenues generated from the poker tournaments. Marketing and planning for the events will also be done cooperatively. Details about the three poker tournaments are still to be determined.

The Donaco partnership is with Kings Consulting, a division of an Asian casino junket group that currently operates three poker rooms under its Poker King Club brand. Considered the premier Asian poker room management team, Poker King Club runs poker operations at the Venetian in Macau, the Solaire Resort and Casino in the Philippines, and the Maison Glad Jeju in South Korea.

Poker King Club prides itself as the premier brand on the Asian side of the poker world. They originally operated inside the StarWorld Casino in Macau but moved to the Venetian in 2014. The Poker King Club group has also been instrumental for bringing super high roller tournaments to Macau.

The company’s poker rooms have hosted numerous high roller tournaments throughout Asia, and is best known for hosting one of the world’s largest cash games, with pros such as Phil Ivey and Tom Dwan playing in games with $25,000 big blinds and pots as big as $4 million.

Poker King Club has the know-how and connections to bring the most affluent poker players to Asia. In addition to Ivey and Dwan, regulars in the Macau Big Game they host have included Johnny Chan, Sam Trickett, Gus Hansen, Andrew Robl, John Juanda and many others.

This casino has a massive customer base with more than 5,000 visitors per day, which should make it appealing for major poker events such as the World Poker Tour.