The World Championship of Online Poker (WCOOP) on PokerStars has long dominated the online tournament landscape, but this year they face some competition in the form of 888poker’s XL Eclipse. 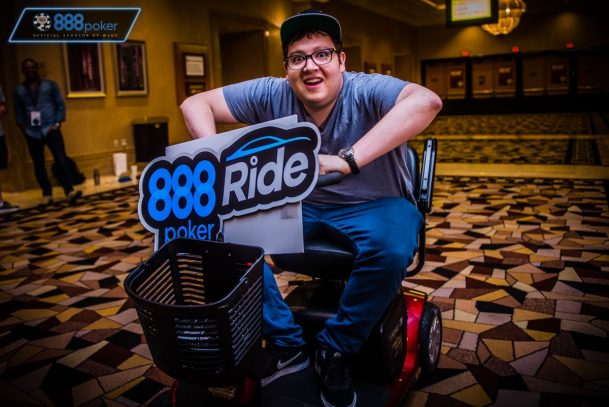 Parker “888tonkaaaa” Talbot Nearly Goes Back to Back

The next day, Talbot nearly went back to back in the Tornado, making the final table of Event #27 ($15,000 Tornado). However, Ukraine’s Roman “Romeopro33” Romanovskyi stopped him heads-up to win $5,332 while Parker had to settle for second place money of $3,844.

Making both wins even more meaningful, Romanovskyi donates more than half his winnings to charity as part of his TwoPlusTwo “Charity Marathon.” He has a goal of winning $600,000 playing online, with $400K of that going to charity. There’s no timeline for the marathon, which has been going on for a couple years now, but winning the High Roller certainly brought him much closer to accomplishing his goal.

Here’s a look at some others who’ve won XL Eclipse titles:

All XL Eclipse winners qualify for the series-ending Champion of Champions Event on September 26 at 6 pm GMT. The winner of that tournament will receive a $13,000 package to the 2017 World Series of Poker Europe at King’s Casino Rozvadov in the Czech Republic.