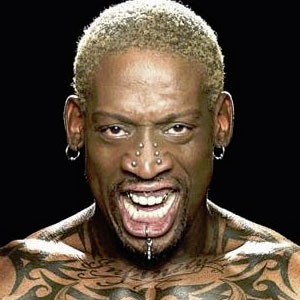 Paddy Power is known for its sponsorships of publicity stunts. The Irish bookmaker regularly sponsors sports teams and offers odds on nontraditional betting scenarios. But their sponsoring of Dennis Rodman’s North Korean trips to visit leader Kim Jong-Un have reached an end; along with a planned basketball tournament in the Democratic People’s Republic of Korea.

End of the Sponsorship

Dennis Rodman’s last few trips were fairly harmless in the eyes of many. They also garnered a good deal of publicity for Paddy Power. Earlier this year, Rodman even went to Vatican City in Rome in an attempt to meet with the newest Pope when he was chosen but the meeting never happened. Rodman then traveled to North Korea to meet with Kim Jong-Un to discuss world relations and basketball. The meeting between the two was highly publicized across news and media outlets.

However, Rodman’s most recent trip to North Korea in December failed to put Kim Jong-Un and Rodman in the same room, much less improve any chances of a basketball tournament. Though Rodman insisted his plans were on track, Paddy Power decided it was time to call it quits. The bookmaker said, “With a bit of hindsight we realized we just got this one wrong.” David Power then told the Los Angeles Times, “It’s the Dennis Rodman gig now.”

Rodman’s agent then told the Times, “Dennis is very appreciative of Paddy Power’s support up to this point for this historic game of basketball diplomacy taking place on Jan. 8.”

Paddy Power may not be sponsoring Rodman on his upcoming trip, but the bookmaking site might offer odds on the January basketball game should it take place. The site is known for its unusual betting options for players, including the potential for President Barack Obama to be assassinated, who will win the 2016 United States presidential election despite no candidates declaring their viability as yet, and how Julian Assange will be transported to his next destination.

Of course, Paddy Power offers betting on sporting events as well as political elections, but the site brings in more attention for its betting on things like Apple stock prices and the name of the next Pope. The company also frequently uses advertisements that draw a wide range of complaints from the public, for which the Advertising Standards Authority in the UK must monitor for ad violations.