A little over a year after World Poker Tour (WPT) was snatched up from bwin.party, the company is making its first move into the social gaming realm. Inspired by the tour’s 15 television seasons, the new social product is the first to be launched by WPT in partnership with Ourgame International Holdings, Ltd., the company’s new owner. 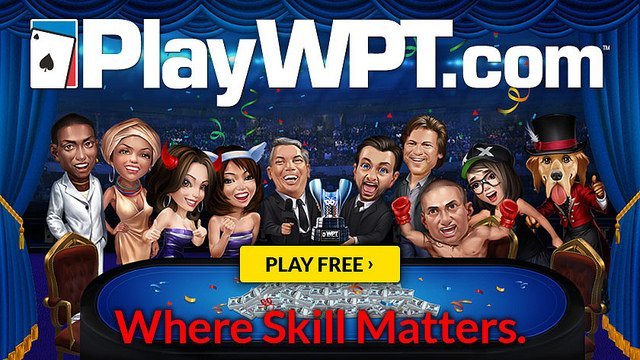 Ourgame has moved into social gaming, catapulting off the popularity of its World Poker Tour (WPT) brand. (Image: PlayWPT.com)

In June 2015, Ourgame, a Hong Kong-listed corporation, acquired the WPT from bwin for a reported $35 million in cash. It was a nice profit for bwin.party, who had bought the WPT six years earlier for $12.3 million.

Called PlayWPT, the new social site will be a worldwide social casino platform, supporting both poker and slots.

PlayWPT is currently available on desktop computers and on Facebook, while a mobile component for both iOS and Android is slated to launch by the end of the year. Like many other social games, the in-game currency at PlayWPT is strategically limited. That’s designed to create a more competitive environment and ultimately a more authentic experience.

Among the highlights of the new product are:

PlayWPT will also feature a Weekly Poker Leaderboard. Every week, the site will track who’s won the most hands, biggest pots, and who has the most chips. The top players of each respective category will receive a gold medal for the following week.

PlayWPT is already integrated into Season XIV broadcasts of the World Poker Tour via short promotional stingers and will be more organically integrated into the show in Season XV, which kicked off a couple of months back.

Not only will fans see PlayWPT on TV, they will also see a bit of the show in the game. That’s because PlayWPT launched with avatars of both Mike Sexton and Vince Van Patten, who have served as WPT commentators from the very beginning. More avatars, such as special holiday or seasonal themed ones, are likely to be released in the future.

Headquartered in Beijing in the People’s Republic of China, Ourgame has found a key business niche in the social gaming sector. Among the nearly 200 games it produces are card games (including the classic Mahjong), board games, and a wide range of “casual player” diversions.

By acquiring the WPT, Ourgame not only expanded on the tour’s global stops, it also tapped into its brand power in the US. According to statista.com, the social online games market in America is worth $1.97 billion, and is predicted to surpass $2.4 billion by 2020. Ourgame clearly hopes to leverage the well-known brand as it expands its social gaming portfolio.

“The PlayWPT platform is the foundation for WPT’s . . . approach to the social casino gaming space,” said Adam Pliska, CEO and President of the WPT. “Alongside Ourgame, WPT can now develop more products at a faster rate . . . allowing WPT to fully leverage its already established global distribution channels.”

Hoping to appeal to as many players as possible, Ourgame has maintained two distinct directions with its popular brand. Its already known ClubWPT remains the sweepstakes vertical of the line, while the new social gaming product is geared towards a totally recreational player base.

No place to ask questions… No player chat…