COVID Casino Map: Where and When You Can Play Live Poker in Europe

Where can I play live poker in Europe? That’s a question many of you are probably asking yourself right now. 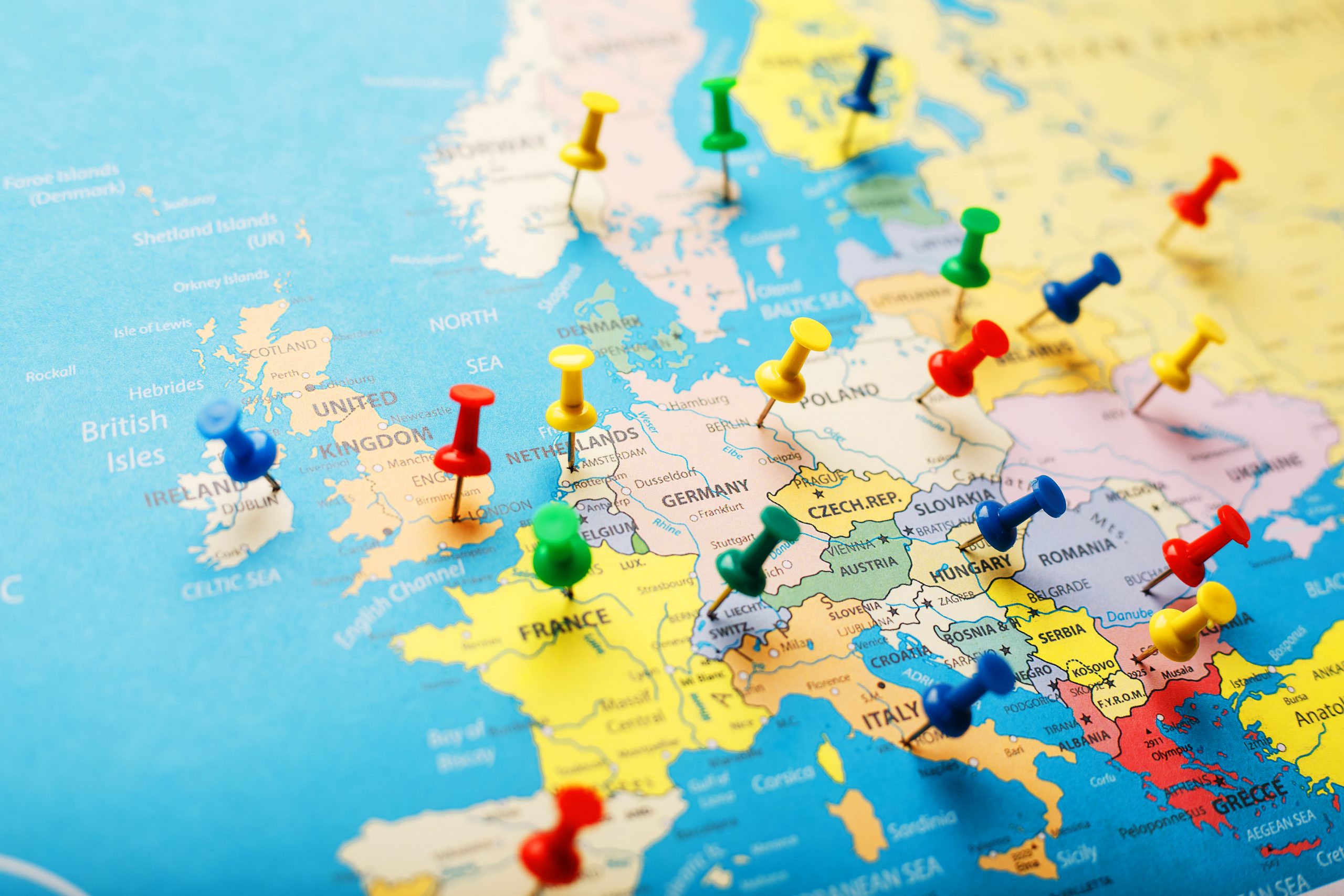 Live poker is returning to Europe, but you’ll have to wait longer to play in some countries than in others. (Image: TGE/Shutterstock)

Although online poker is booming, there’s a certain magic that fills the air when chips are riffling. Unfortunately, that magic has been lost in recent months due to COVID-19.

The status of live poker in Europe is currently fractured and unclear. To help you sort through the wreckage caused by COVID-19 restrictions, we’ve profiled the latest lockdown laws. Even though there’s a lack of general lack of conviction and clarity from politicians, we’ve put together a COVID casino map.

All dates are subject to change but, from our research, here’s where you can play live poker right now, and a guide to when other casinos in Europe will reopen. 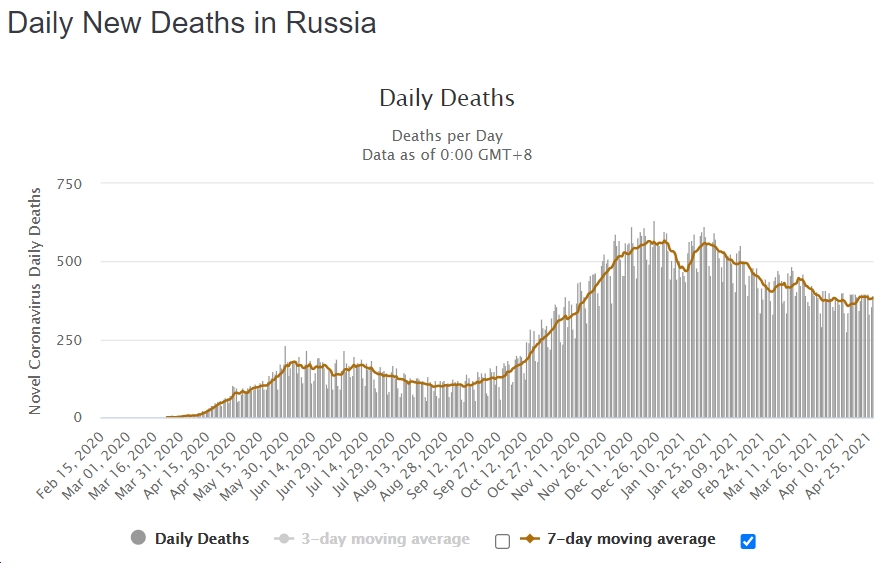 Russia isn’t awash with casinos. In fact, the government made gambling illegal in all but four regions – Altai, Krasnodar, Kaliningrad, and Primorsky – back in 2009. From more than 55 casinos in 2002, Russia now has just three live venues: Tigre de Cristal Hotel & Resort in Primorsky Krai, Casino Sobranie in Kaliningrad Oblast, and Casino Sochi, the one poker players know well as it hosts WPT, EPT, and other major tournaments.

We know that Casino Sochi has been open since January because it’s hosted multiple live events. Casino Sobranie is open and offering a daily selection of cash games and tournaments.

Tigre de Cristal is also open with a full range of casino games. However, despite offering poker for a brief spell in 2018, its run of games didn’t last very long due to a lack of interest. So, as it stands, you can play poker in Russia at Casino Sochi and Casino Sobranie. 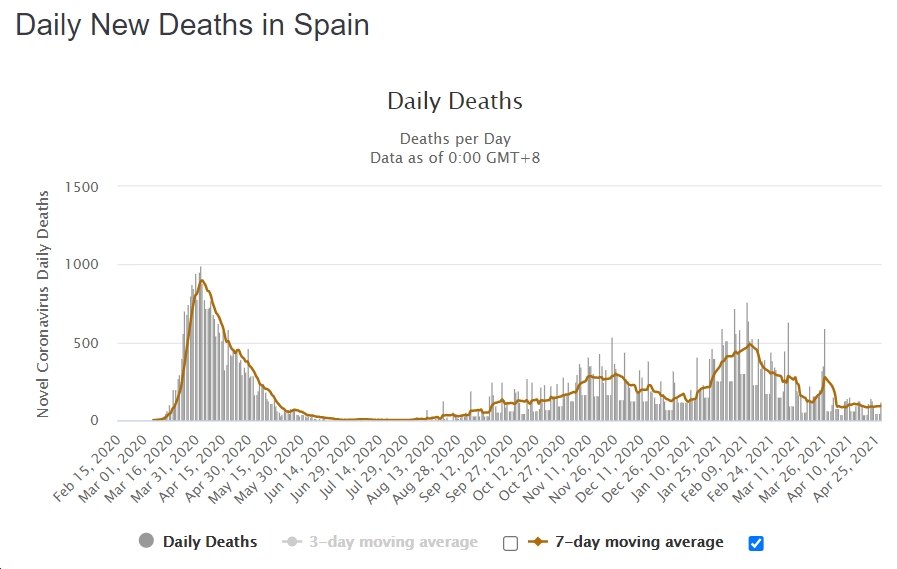 PokerStars nixed its $25,000 Players Championship at Casino Barcelona this year amid uncertainty caused by COVID restrictions. Although local laws probably won’t be an issue in August, the main problem PokerStars would have come up against is travel bans.

Despite the loss of a major event, some casinos in Spain are open. Casino Barcelona is back in business with cash games running from 2pm until 9pm every day.

Tournaments are still off the menu, but the following provisions are in place to make sure there is at least some action:

Due to Spain’s regional approach to COVID restrictions, some venues aren’t open. At the time of writing, Casino de Ibiza and Casino de Madrid remain closed. 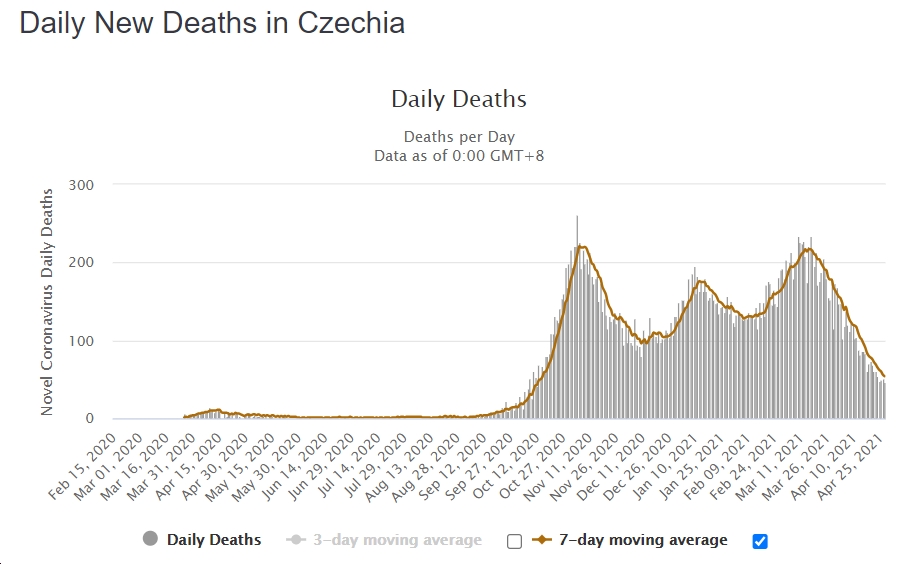 The Czech Republic declared a national state of emergency on March 12. That sent the country into another lockdown and meant its network of live casinos had to close.

The biggest Czech casino, King’s, was one of the first venues to reopen after COVID restrictions initially swept across Europe.

Not long after King’s hosted the European leg of the 2020 WSOP Main Event in December, the doors were shut again. They remain closed, but changes are afoot.

The state of emergency ended on April 11. Although certain restrictions remain in place, curfews were lifted, and non-essential movement was permitted from that date.

Casinos are still closed, but last week, Industry Minister Karel Havlicek said that shops, markets, and other services could reopen on May 3 if the current “favorable trend” continues. He didn’t mention whether or not casinos would be included in the May 3 reopening.

The infection rate in the Czech Republic is now averaging around 3,000 per day. And, more importantly, the number of daily deaths is now below 50 so, if the government is using a data-driven strategy, this could facilitate the reopening of casinos sooner rather than later. 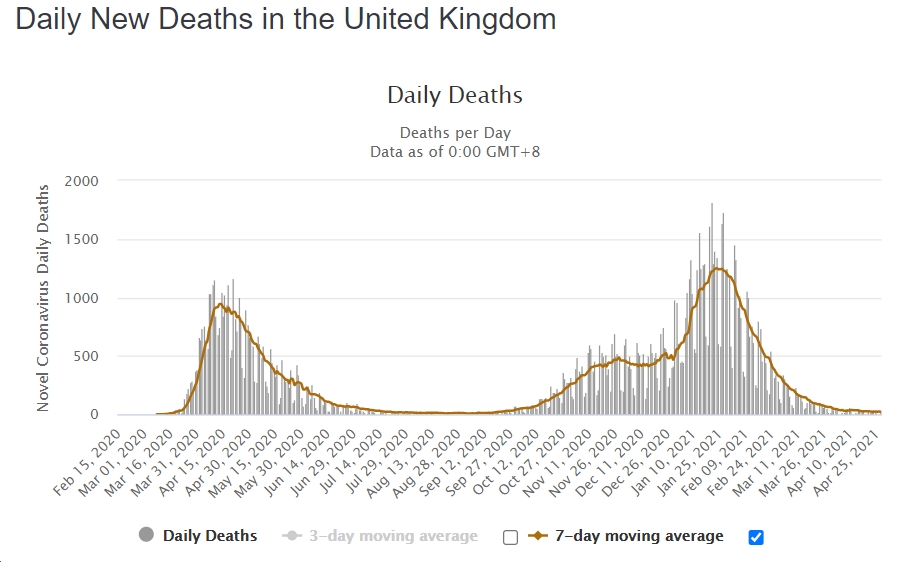 The majority of England, Wales, Scotland, and Ireland have been in a state of lockdown since December.

Casinos in all four countries have been closed since then and, in general, remain so at the time of writing.

We say “in general” because the latest round of easing on April 12 allowed businesses with outdoor facilities to reopen. This means casinos such as London’s Hippodrome could open their rooftop bars. However, Brits will have to wait until May 17 before they can go inside and start playing poker.

Prime Minister Boris Johnson’s plan is to resume social contact and almost all “non-essential” business on May 17. From there, the UK should be completely free of all COVID restrictions by June 21.

That’s the plan and, although the government has backtracked over multiple issues in recent months, the stats are in the public’s favor. There were 29 deaths on April 28 in a country of 66.65 million. So, assuming the downward trend continues, casinos in the UK should be active before the end of May. 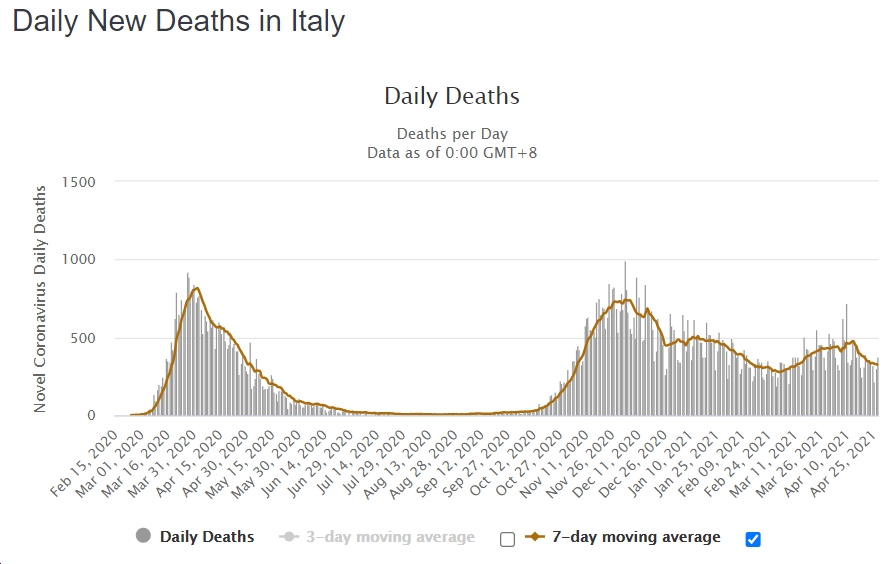 The original epicenter of COVID-19 in Europe is faring better than it was. 75% of the country was put into a state of lockdown on March 15 and they’ve remained that way ever since.

However, with daily cases dropping below 10,000 for the first time since early March, Prime Minister Mario Draghi has signaled that restrictions will start lifting as of Monday.

Italy has a traffic light system in place and, from May 3, 75% of the country will drop into the yellow “low risk” zone. That means bars and restaurants can open but only if they serve customers outside. This move is expected to trigger a wave of easing that will result in a summer opening for casinos across Italy, including Casinò di San Remo and Saint-Vincent Resort & Casino.

Although unconfirmed, Italian media outlet GiocoNews reports that government insiders are saying casinos will reopen as of June 2. 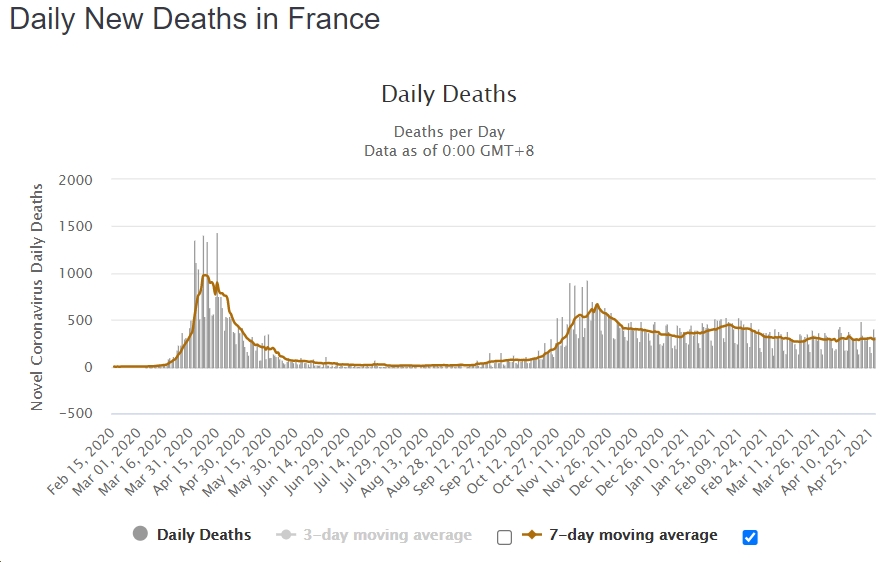 Soaring infection figures prompted President Emmanuel Macron to follow his European counterparts and impose a nationwide lockdown in March. The draconian measure forced the country’s casinos to close but, this week, they were offered a glimmer of hope.

Although slight, there is a chance that venues such as Casino Barrière in Deauville will be able to reopen in June. But, at this stage, it’s very much a case of if and not when. Macron is due to announce his plan for easing restrictions on Friday. It’s unclear exactly what his roadmap will contain.

Prime Minister Jean Castex has said that the country’s “state of health emergency” status will end on June 2. As part of this change, Macron is expected to allow businesses with outdoor facilities to reopen in mid-May. This may mean that larger venues such as Casino de Trouville-sur-Mer can open their outside bars.

Indoor gaming certainly won’t be possible in May. At the earliest, Macron has said that indoor venues won’t reopen until June, and only in regions where infection rates have “dropped sufficiently.” 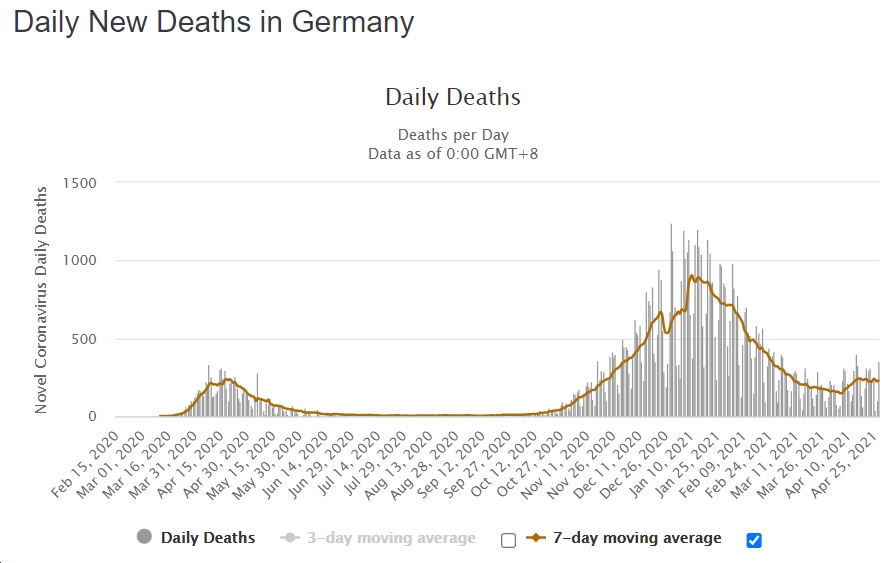 The outlook for German casinos is bleak, at least until June 30. Venues across the country have been closed since March 4, 2021, and they look set to remain locked down unless infection rates fall.

The latest blow for Germans came last Thursday when the federal government implemented what’s been described as an “emergency brake.” As per the legislation, any region that experiences more than 100 COVID cases per 100,000 residents for seven days must do the following:

The average infection rate in Germany last Thursday was 161, with only one state out of 16 having fewer than 100 infections per 100,000. Therefore, at present, casinos in Germany, including Spielbank Berlin and Casino Baden-Baden, remain closed.

If infection rates drop, venues may be able to reopen on a regional basis. If not, June 30 is the earliest point at which the government can change things.

Great bit of reporting Daniel. Thank you for it!

I can tell you that Tigre, in Russia, had poker briefly near when they opened up, but it hasn’t had poker for years — and surely doesn’t have it now. I think it’s just too far away from major population centers to attract enough players for regular poker action.

I am curious to know about poker in Malta, Cyprus, Monaco, Sweden, Norway, Denmark, Netherlands, and especially Austria.