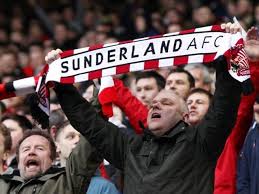 Betfair, the European and US iGaming operator with interests in online poker, casino gaming and sports betting, has just become the official betting partner of Sunderland AFC.

The Premier League soccer (football) team is one of the biggest clubs in England and the deal with Betfair will see it gain an enhanced presence both inside the Sunderland’s stadium, the Stadium of Light, and on soccer broadcasts around Europe.

The deal between them, which was announced late last week, will make the iGaming operator the go-to betting resource for Sunderland fans and anyone else that comes into contact with the club.

Although the partnership won’t give Betfair pride of place on the front of Sunderland’s first team shirts, it will entitle them to branding in and around the ground on match days, as well as on backdrops during major interviews.

However, despite securing a new deal with the club, Betfair won’t be the only betting company with a working relationship with Sunderland. In addition to Betfair, Sunderland AFC has also penned a deal with Dafabet.

The Asian company is now one of the principle shirt sponsors in the Premier League and will appear on the front of Sunderland’s kit in the forthcoming 2015-2016 season.

Fortunately, this deal won’t affect Betfair’s standing with the club and it will stand as the main iGaming partner for all betting activities.

Commenting on the deal, Betfair’s head of media, Stephen Mault, said the company was intent on using the relationship to enhance its sporting links over the course of the 2015-2016 season.

“We are thrilled to have signed a deal with Sunderland to become the club’s official UK betting partner. Sunderland is a club with great heritage and we look forward to growing a successful relationship over the course of the upcoming season,” said Mault.

Neymar Jr and Cristiano Ronaldo are the latest high profile stars to sign-up as brand ambassadors for PokerStars and the likely won’t be the last.

With 888 Holdings now in control of bwin.party, there’s a chance the newly formed entity will want to use some of its wealth to chart a similar course to PokerStars.

The crossover sports-betting-to-poker converts as well as casual players are currently the target of many online poker sites and using famous soccer players is one of the best ways to tap into these markets.

Through a combination of player promotions and mainstream exposure, the relationship between soccer and poker seems to be one that more operators will be looking to exploit in the coming months.