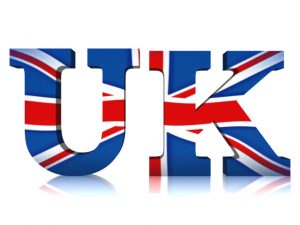 A lively week in Europe for online poker, from the new UK Gambling Act to surprising stability in the French online poker market. (Image: romanianjournalist.wordpress.com)

The new UK Gambling (Licensing and Advertising) Act came into force over the weekend, despite lingering opposition from the Gibraltar Betting and Gaming Association (GBGA), which accuses the Act of breaching Article 56 of the Treaty on the Functioning of the European Union, dealing with the free movement of trade across borders between EU member states.

Despite what certain operators may secretly think about the Act and its accompanying 15 percent point of consumption tax, many are already proudly sporting their new licensing credentials, with 888poker, partypoker, William Hill and Bet365 all displaying the UK Gambling Commission logo.

Meanwhile, PokerStars has launched its new UK client and UK customers are being asked to migrate their accounts now, with the promise of some bodacious freerolls for those that do.

All operators wishing to engage with the regulated UK market are now required to be licensed in the UK, a fact that has upset the online gaming jurisdiction and Crown Dependency of Gibraltar, among others. The punitive point of consumption tax, meanwhile, is due to kick in on December 1, so UK players can expect their VIP programs to be denuded just in time for Christmas.

The Game in Spain

Also getting in on the licensing act is Spain. The Iberian nation, which is attempting to inject some life into its stagnant online poker market by reopening its online gambling licensing window, is allowing until December 9 for  more operators into the market. New applicants will be permitted to add slots to their platforms and betting exchanges will be welcomed for the first time.

High taxes in Spain have meant that the majority of Spanish players still play on the unregulated markets, which are able to offer more competitive rakes and promotions. Those who don’t, however, play overwhelmingly on PokerStars.es, and to a lesser extent on 888poker. The regulator clearly feels that increased competition might challenge PokerStars’ monopoly, which would be healthy. To which we say: good luck with that.

Elsewhere, there’s good news at last for the plummeting French poker market, which finally appears to have stopped freefalling. This after even its own regulator ARJEL appeared to have given up all hope, recently proclaiming that poker is a “fad” that is “over.” At long last, France’s online poker scene has at least stabilized during the third quarter of 2014.

And finally, flying in the face of the current European fashion for hiking up taxes, is Romania, which has realized that its tax regime is making it unprofitable for operators. Following complaints from the European Commission, the country has decided to drop taxes to a welcome 0.1 percent (a penny per every $10) on all cash game pots, with lawmakers hoping the changes could be passed this month.

Does this mean that UK players will be separated from the rest of world player pool?

Hello,
I have been playing on “Winpoker” for four years, then suddenly without warning when i went
to buy in to my favorite tourney i am notified that “sorry you can no longer play real money games”
at first i thought it was a technical problem until i was informed by email that due to regulation changes UK players are no longer accepted for real money games.I have tried to withdraw my money & cannot do so because of error messages everytime i attempt withdrawal.Does anyone know whether we are getting our money back, i do not have alot in there , but still this is the third time an online Casino has folded on me due to regulatory changes.First of all William Hills poker room closed it’s doors to Australian players(i used to live there) then Fulltilt folded or got suspended a few years back, now Winpoker, i am not an expert in the Casinos business economics, but for the casual player that wishes to invest money & time to improve their play & perhaps make a little side income for themselves or just the recreational player, it’s all seems like a very risky business & i “like many others” i guess are starting to wonder whether it’s worth all the hassle & bother, it’s getting to look like a very ugly scammy business or past-time.