Online poker continues to perform well for the Kindred Group as revenue in the final quarter of 2019 jumped up by 18%. 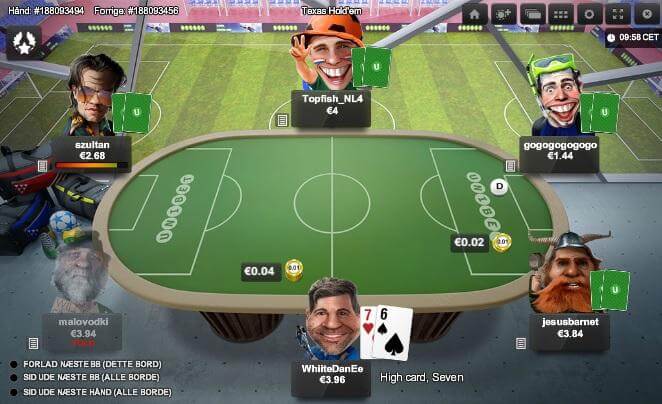 Although online poker only accounted for 2% of the company’s Q4 earnings, the vertical’s performance was the most impressive.

Kindred CEO Henrick Tjarnstrom outlined the positive result in a presentation last week. Within the annual overview, he pointed to an upswing for online poker, despite headwinds in other areas of the industry.

In contrast to poker, casino gaming experienced a 2% year-on-year slump. Similarly, sports betting revenue dropped by 11% during the same period.

For the Kindred Group, online poker continues to provide a beacon of light. Over the last three years, annual revenue has increased every quarter but one. Leading this charge is Unibet Poker and its casual approach to gaming.

Unibet broke away from the Microgaming Poker Network (MPN) in 2014. The move was prompted by a desire to take control over its own network and put the “fun” back into poker.

Under the banner of the Kindred Group, Unibet Poker worked with Relax Gaming to create a unique platform. In addition to cartoon avatars, heads-up display (HUD) software is banned on the site.

These features may be par for the course in 2020. However, they went against the grain in 2014, and put Unibet Poker in a niche of its own.

The move paid off, as Unibet Poker’s focus on casual players has seen it win awards and new fans.

In a broader context, the direction Unibet and the Kindred Group have taken is also significant. Over the last two years, many leading operators, including Partypoker and PokerStars, have followed suit.

Of those the sites now putting more stock in low-stakes players, the Kindred Group is performing the best. Even at PokerStars, poker is an ever-decreasing asset.

In August 2019, The Stars Group, reported that online poker revenue accounted for 30 percent of its total earnings. During the same period in 2018, poker’s contribution was 53 percent.

This contrast in fortunes is indicative of the industry’s changing dynamics. No longer is there a monopoly. Although PokerStars remains one of the largest operators, other poker brands are gaining traction.

In addition to Unibet Poker, Asia’s GGPoker and IDNPoker are making their presence felt.

The upshot is that revenue is more evenly distributed across the industry than it once was. This, in turn, means smaller poker sites are growing. The end result is more viable options for players than there’s been in many years.