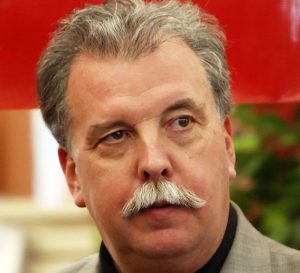 Pennsylvania emerged this year as the leading candidate among states that might regulate online poker this year.

As the months have worn on, the odds against Internet poker legislation passing in 2015 have lengthened, but key legislators still say that there is hope for a bill being signed into law this year.

That’s according to State Representative John Payne (R-Dauphin County), who introduced one of several online poker bills into the Pennsylvania legislature this year.

Payne told CardPlayer that online poker and several other gambling expansion plans may well come up in discussions over the state’s budget, and “nobody knows” exactly which plans will show up in various budget proposals.

With that process likely to stretch out for several weeks (Payne said that, historically, budget negotiations have been known to go on as late as October), there may be sevreal times when online poker, the potential for airport slot machines, or other proposals get at least a long look from legislators.

The key will be the fact that these programs are likely to bring in revenue, which could make them attractive during budget negotiations.

Of course, there’s always the question of how much revenue would actually be brought in by these programs, particularly in the case of online poker.

After seeing that New Jersey was overly optimistic with its projections, many are questioning exactly how much money online gambling would generate in Pennsylvania, especially if it was limited to just poker.

In order to boost that revenue, there’s a clear temptation to up the tax rate that would be collected from operators. Payne’s version of an online poker bill imposes a rate of about 14 percent, while others have rates as high as 54 percent, which would be the highest rate for Internet gambling in the nation.

“I think [a 54 percent rate] is the high end,” Payne said of the various proposals. “If 14 percent is too low, I am willing to negotiate.”

Right now, Nevada taxes online poker at a rate of just under seven percent, while New Jersey takes about 18 percent from operators. Delaware has a much higher rate, at around 45 percent.

Pennslyvania’s efforts towards online poker have not seemed to suffer from the same sort of internal divisions that have been seen in California, where it has been nearly impossible to get card rooms, tribal groups and the horse racing industry on the same page.

The Pennsylvania legislature has held at least two hearings discussing the issue, both of which featured a variety of opinions from staunch supporters and critics who want to see online gambling banned.

If a bill is going to get passed this year, Payne’s is a likely bet to be the winning piece of legislation. Payne is the majority chairman of the House Gaming Oversight Committee, putting him in an ideal position to advance a bill on the subject.

Another lawmaker who could have clout on the issue is Kim Ward (R-Westmoreland County), chairwoman of the Community, Economic and Recreational Development Committee. She has pushed her own online poker bill, though some have criticized its 54 percent tax rate and the fact that it require in-person registration at a land-based casino before individuals can play online.