Online poker high stakes cash game tables saw some big winners and losers at the online poker. And the overall biggest loser was no newbie to the ups and downs of poker. 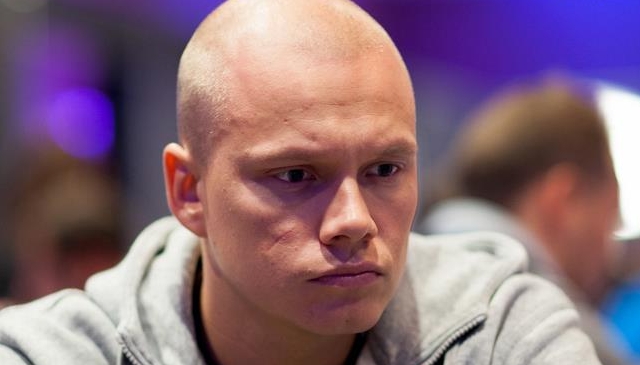 Ilari “Ilari FIN” Sahamies dropped and lost more than $104,000 on PokerStars last month, more than any other online poker cash game player during that time period. You may know him better as “Ziigmund,”his long-time Full Tilt Poker screen name.

Ziigmund has been one of the most highly publicized Internet cash game players of all time. In the pre-Black Friday era, he frequently battled pros such as Gus Hansen, Phil Ivey, and Tom “durrrr” Dwan at the highest limits.

He was known for his fearless financial forays: Sahamies would often lose six figure sums one day, and then win it all back the next.

Despite his rocky month in July, Ziigmund’s PokerStars account has turned a $1.3 million profit since 2011. But post-2012, it’s been mostly downhill. At his peak in September 2012, he was up more than $3 million in lifetime earnings.

The 33-year old Finnish poker player has also appeared in WSOP tournaments and televised poker shows such as High Stakes Poker. This isn’t the first month he’s finished at the top of the wrong chart, and given his style of play, it probably won’t be his last.

RealAndyBeal, ironically, isn’t actually the real Andy Beal. But he is the real winner of online poker cash games during July. Niki Jedlicka, an Australian poker pro, topped the charts with a $243,127.

The real Andy Beal is a wealthy Dallas businessman who became famous in the poker world for playing the highest stakes cash games in Las Vegas against pros such as Jennifer Harman, Phil Ivey, and Todd Brunson.

Beal reportedly lost millions of dollars to the pros in Bobby’s Room at the Bellagio over the course of a few years. The poker pros often pooled together money to take him on, due to his expansive and seemingly bottomless bankroll. Todd Brunson is said to have taken $5 million in one session against him in 2015.

But the not real RealAndyBeal, despite the fabulous month in July, is a losing player on PokerStars dating back to  2011. He’s down more than $400,000 bucks in that timeframe.

He wasn’t the only big winner last month. Mike Gorodinsky, the 2015 World Series of Poker Player of the Year, profited a more modest $37,292 in July on PokerStars.

Ben “Sauce123” Sulsky is the biggest winner through the first seven months this year. He has turned a profit of $824,121 on PokerStars. Educa-p0ker, an unknown pro, is in second place with $730,111 in year-to-date wins.

Sulsky is no stranger to the high stakes poker world, online and offline. He has won $1.7 million in live tournaments during his career. The poker pro is closing in on $5 million in lifetime total profit on PokerStars.

As has been the case in many years, Viktor “Isildur1” Blom has lost more than anyone so far in 2016. He’s already stuck $784,431 for the year, but has five months to get it all back. Isildur is still a lifetime winner, however.