Children in and around Atlantic City will have a lot to be thankful for this winter. That’s because for the eighth year in a row, online poker player Billy Vogel will be raising money to support children’s hospitals and conducting a toy drive to help children have a better holiday. 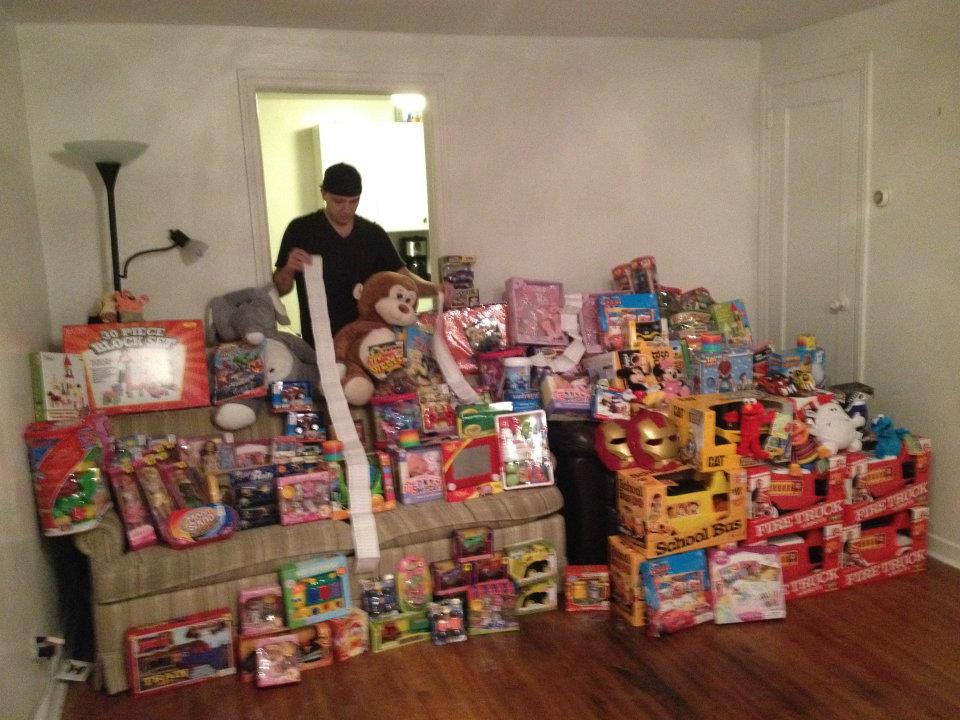 For the past eight years, Billy Vogel has motivated the poker world to help raise money and toys for kids. (Image: Billy Vogel)

This year’s festivities will be on Dec. 9, and Vogel’s Toys for Kids has teamed up with the Atlantic City Police Department to be part of it.

The first “Toys for Kids” charity drive took place in 2010 and raised $3,500 in donations, of which $1,900 was spent on toys donated to a US Marines Toys for Tots program, while $1,600 went to an organized toy donation center drop off. Since then, Vogel’s charity efforts have raised more than $30,000 for children.

“Toys For Kids Charity was started on TwoPlusTwo six years ago, as a way for poker players to give back to the community,” poker pro Matt Affleck previously explained.

“Players worked together to provide smiles for kids. Eventually, the charity became too large to be promoted on TwoPlusTwo. Now Billy Vogel has taken the reigns to make sure the charity goes on,” he said.

“I’m an online poker play,” Billy Vogel said in a local online news video. “I have friends from all across the world that decided we wanted to help out, so we raised money and they donated it to me. I went and bought all the toys.”

The news report, which was from the 2014 drive, also revealed that Vogel bought so many toys that he needed to store them at the Ritz Condominiums in Atlantic City until they were ready to be dispersed.

Billy Vogel isn’t the biggest name in poker, but he has amassed $96,763 in live tournament winnings dating back to 2012. His biggest score to date was $63,753 for winning the 2012 DeepStacks Poker Tour Western New York Championship.

“We’ve blown by last year’s total … There’s a local children’s museum that teaches with interactive play that could use some supplies,” he tweeted. “[We’re] in talks with the Virgin Islands to help bring toys to their hurricane relief.”

Vogel also revealed that they have spent more than $2,000 from the donations on toys for the upcoming Winter Wonderland 2017 event.

For more information, including pictures and how to donate to the cause, either follow Billy Vogel on Twitter @BillyVogel or visit toysforkidscharity.com.

I love to hear stories like this.
I’ve been a member of my town’s Woman’s Club for many years. Our motto is “Not for ourselves, but for others.” Giving is a wonderful thing. Christmas time just makes it more fun.
What Billy has done here can and probably has been done in other areas Card players have such an unfounded seedy reputation throughout the world, I think many people are shocked to hear these stories. The stories are out there ….they just need to be told.
Thanks Billy and Thank you poker community!
Merry Christmas everyone!

How nice to have such humanitarian people and help those who need more, this professional insurance player will fill many children with smiles, in my country we had a group that did this but nowadays the situation is difficult to live here, but We will give some children smiles because the work continues every year.