An online poker player shared a video on Twitter that apparently shows a glitch on WSOP.com during an all-in pot in which the player wasn’t awarded the correct amount of chips following the hand. He is, understandably, upset with the outcome and dissatisfied with customer service. 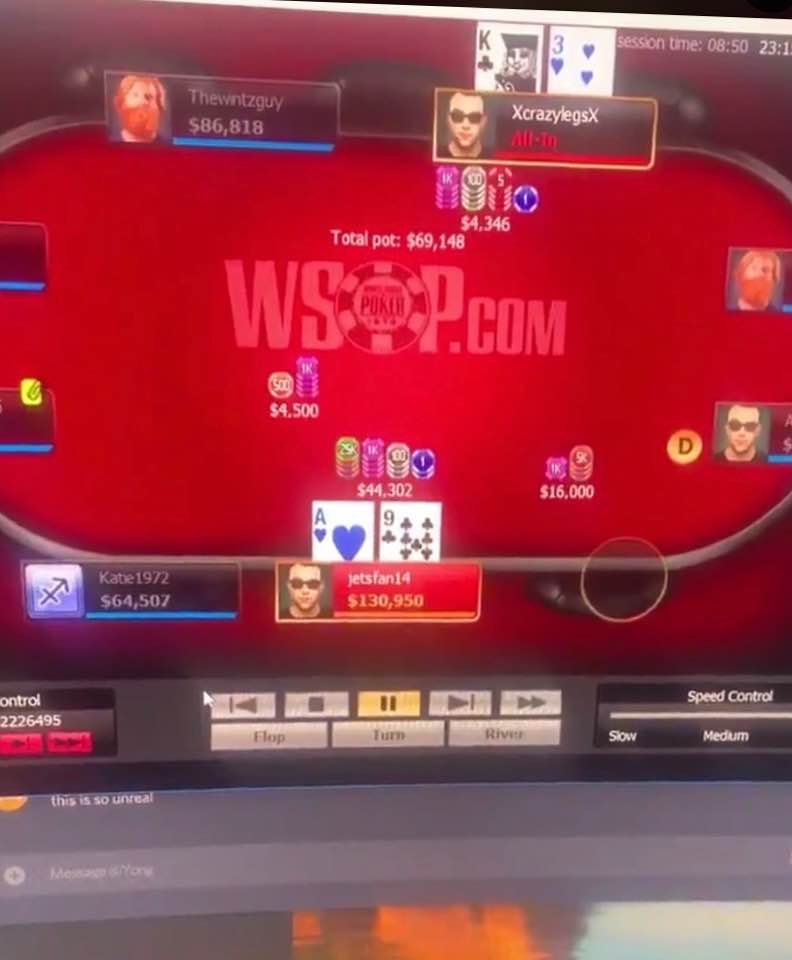 As of Monday morning, 14 hours following the complaint, WSOP.com hadn’t responded. It’s likely the poker site is taking its time investigating the claim.

Jon Borenstein, who plays under the moniker “jetsfan14” on WSOP.com, shared a video on Twitter of a hand he played during a Sunday tournament. In the video, it appears he was short-changed chips after losing the hand to a smaller stack.

Hey @WSOPcom @WSOP anyone there want to explain how I managed to lose chips on this hand w 40 left in your Sunday major???? pic.twitter.com/GDhmlgoJBw

That leaves “XcrazylegsX” and “jetsfan14” battling it out for the side pot. The small stack paired up and took down the side pot and then Borenstein should have scooped the main pot. However, it appears from the video that a glitch may have changed how many chips were returned to each player.

Was it a Glitch?

Simple math isn’t difficult. It’s clear “jetsfan14” should have finished the hand with more chips than at the beginning. But that isn’t what transpired.

Borenstein went from 175,252 to 170,906 as the side pot was miscalculated. How that happened is anyone’s guess at this point. The player who lost the hand mentioned on Twitter filed a complain with WSOP.com but hadn’t received a response more than 14 hours after sending the email.

It’s likely the online poker site is meticulously investigating the issue to ensure their response is fair. But Borenstein expressed frustration on social media at the delay.

so where did the chips go???didnt see any mention of that lol…ive seen chips dissappear early days,i think hackers on other tables steal them or something to that effect.unless i missed it it does not say where they went.

so where did the chips go???didnt see any mention of that lol…ive seen chips dissappear early days,i think hackers on other tables steal them or something to that effect.unless i missed it it does not say where they went.and 29k is a lot more extra chips than what was missing from jetsfan!!!!!!!this is why 888 shut my account when i became abusive….ten times a day i was seeing rubbish like this!!!!!!

wow that’s incredible! I’ve played online for 12years, with between 3 & 4 million hands played on cash tables, & thousands of tournaments as well and have not seen something like this happen even once! I must be totally oblivious… extremely lucky…. or completely normal….

‘If’ it was happening as often as you have witnessed, I’m shocked that we wouldn’t have seen more articles/new like this one, pointing it out.