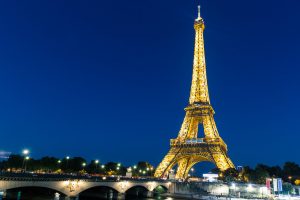 France has finalized an online poker bill to share liquidity with other European jurisdictions. (Image: www.isorepublic.com)

France has finalized an online poker liquidity sharing deal with other European countries. The deal was made to help boost France’s declining online gambling industry.

Revenues in recent years have been on the downfall, but Projet de loi pour une République numérique (digital bill) could bring the country more gambling revenue.

With the bill’s passage, French poker players can now join online poker games on licensed sites against others located in other European countries and jurisdictions.

Previously, poker players in France were only able to play against fellow countrymen or those visiting the European nation.

Another focus of the bill, found in Section 3, is to fight gambling addiction. The country will take new measures to combat this serious disease. Potential gambling addiction caused by online gambling is one of the main reasons some countries refuse to legalize online poker.

François Hollande, President of France, will put the bill into action by signing it within 15 days. French poker players will then get to compete against other European players, and the country will begin sharing revenues with other European nations.

What Else is in the Bill?

Most countries do not regulate eSports tournaments. But after President Hollande signs the bill into law, France will begin doing so.

The purpose of doing so is to ensure eSports leagues are protected under law. The games will be regulated by the government.

Hollande, as is the case with any bill approved by France’s Senate and National Assembly, doesn’t have to sign the bill. He can still decide against passing it into law. But there are no indications suggesting his plans are to do anything but sign the bill.

Is Pennsylvania Up Next?

Online poker is legal in France, but that isn’t the case throughout most of the United States. Lawmakers in Pennsylvania have been fighting hard to become the fourth state to legalize online gambling for over a year.

But, thus far, the fight hasn’t gone past the state House of Representatives. As lawmakers in the state push to get the bill passed, rumors of potential shared liquidity between Pennsylvania and New Jersey are swirling.

The shared liquidity with a state which already has licensed, regulated online poker sites could sway state Senate members who aren’t on board to vote “Yes” to the bill.

A state such as Pennsylvania could reap the same benefits as what France will get out of its new bill, just on a smaller scale. Lawmakers in the Keystone State are hopeful a bill will pass before the end of the year, but that doesn’t appear likely.