Online Poker in India Growing But Laws Could Damage Economy 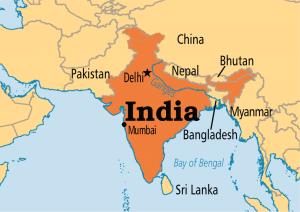 India’s online poker economy is growing but certain regulations could cause it to crumble. (Image: operationworld.org)

Online poker in India is worth around $120 million and counting according to a recent report by the Economic Times, but could poor regulation negatively impact the industry?

India is one of the emerging countries in terms of online poker and the latest figures suggest the industry is gradually starting to thrive.

Running through the numbers and talking to native poker operators, Economic Times reporter Shashwati Shankar found that around 50,000 people play on sites such as Adda52 and Spartan Poker.

Despite being a small fraction of India’s 1.25 billion population, Rajat Agarwal of Spartan Poker says that sites like his are still thriving and that “online poker is a profit-making model.”

With more players now starting to find their way online, Agarwal estimates that the current market is worth between $110 million and $120 million, but future investments could see that figure increase.

However, as profitable as startups are at present, the market could be suffering from a lack of foreign interest. As outlined in the article, online poker startups in India must conform to a strict set of rules that essentially limit the industry to local businesses.

As well as keeping everything “in-house,” operators must pay a service tax of 15 percent on their total revenue. Additionally, all online poker sites are required to impose a 30.3 percent tax levy on any player winnings exceeding $150.

Fortunately, because this secondary levy is taken at the source (i.e. before the prize is paid out), some of the larger operators are able to pay this for the player. Doing this is obviously beneficial for players banking significant wins, but it could prove to be a tax too far for operators in the coming years.

As online poker grows in India, it may be the case that the government relaxes the rules on startups. However, if it chooses to continue with its current policy, it could put smaller operators out of business relatively quickly.

Another interesting insight from the report came from Adda52 cofounder Anuj Gupta. According to his data, high stakes players make up 20 percent of the playerpool on Adda52 but generate 80 percent of the company’s revenue.

Although Adda52 still aims the bulk of its marketing towards the low stakes players, there is a certain danger that comes from high stakes players propping up the site. For example, if high stakes players clear out the newbies and drive them away from the site, it will eventually cause traffic to drop and the site to die.

While Indian operators will be looking to avoid this scenario, there’s a chance the economy could suffer unless they find ways to engage more newbies and, in the future, secure the help of foreign investors.

Online Poker in India should be made legal, as its definitely and primarily a skill based game..