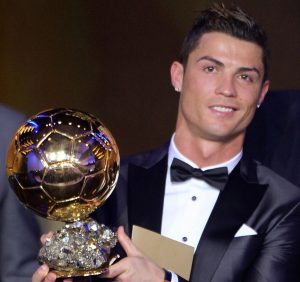 PokerStars’ signing of Cristiano Ronaldo was just one of the major stories of 2015 for UK online poker. (Image: pokerstars.com)

2015 has been a year of change for the UK’s online poker industry.

From regulatory shifts and legal wrangling, to unexpected departures and mega mergers, online poker in the UK has been reformed into a new mold this year.

Fortunately, unlike most periods of change, the major talking points of 2015 have resulted in a new, more positive, online gaming market.

Although some factions still have cause to complain, the overriding feeling is that the market is now in a much more stable state than it’s been for a number of years.

It’s All About the Money

Following a shift in the regulatory landscape at the close of 2014, many online poker operators, players, and lobbyists were unhappy with the level of taxation being placed on newly licensed iGaming sites.

With licensing now mandatory in the UK, operators were forced into a new point of consumption tax system which required them to pay 15 percent on gross gaming revenues.

The trickledown effect of the new laws resulted in many operators leaving the UK or reducing VIP schemes.

In July 2015, the Gibraltar Betting and Gaming Association (GBGA) resumed its fight against the levy with an appeal to the European Court of Justice. Questioning the legality of the system and asking for it to be reversed, the GBGA put up a good fight on behalf of the poker community.

Unfortunately, these efforts were to no avail and operators continue to be bound by the UK point of consumption tax. However, as a result of this levy, many of the UK’S leading online poker operators have moved to consolidate their assets.

In what could prove to be a boom or bust moment for online poker in the UK, six of the country’s largest iGaming operators agreed to major mergers in 2015.

Spurred on by increasing pressure from the Point of Consumption tax and a need to create a more connected iGaming economy, Betfair, Paddy Power, Gala Coral, Ladbrokes, bwin.party and GVC Holdings all went merger-happy at some point during the year.

First to create a unified company was Gala Coral and Ladbrokes. Two veterans of the UK online poker scene, the latter agreed to absorb the former into a newly unified business in a deal worth £2.3 billion ($3.4 billion).

Hot on their heels was Betfair and Paddy Power, who agreed to join forces for £5 billion ($7 billion) just a few months before GVC agreed to purchase bwin.party for £1.1 billion ($1.6 billion) in one of the most protracted deals in iGaming history.

While its online poker peers were busy creating new unions, PokerStars was tapping into new markets in 2015 with the signing of two major sports stars.

In an attempt to appeal to casual players and gain some mainstream exposure, PokerStars signed two of the world’s leading soccer players: Cristiano Ronaldo and Neymar Jr.

The plan, of course, was for each player to appear in commercials, posters, and tournaments under the familiar PokerStars banner. But it turned out that, being only 23 and under the minimum of age of 25 required in the UK to promote gambling, Neymar Jr. was out of the running in that capacity.

Fortunately for PokerStars, the young Brazilian was still able to appear in all the other EU countries in which PokerStars has presence.

Numbers Up for HUDs

The final significant stat for online poker in the UK during 2015 was the demise of HUDs.

As online operators move to make the game more appealing to casual players, major operators such as partypoker and PokerStars introduced new policies to level the playing field.

As the industry heads into 2016, it’s clear the major operators are targeting new demographics in an attempt to spark a new influx of players. Blocking player’s ability to table select, track results, and read stats is the first step in this process and a change that will likely set the tone for the industry in 2016.

With so much going on this year, it’s been almost impossible to cram all the major talking points into a single article, so here’s an overview of some of the best bits you might have missed:

A Fond Farewell: Sam Trickett left his role as Everest Poker ambassador, but it was the sudden death of Dave Ulliott, aka the “Devilfish,” that really shook the community.

PokerStars for the Lads: Hoping to raise awareness for Prostate Cancer, the operator launched a “Lads’ Night In” charity home game kit.

No Break for Bitcoin: Bitcoin poker sites trying to swerve UK gambling laws were warned by the country’s Gambling Commission to comply with all regulations.

Take a Break: 888poker offered a new “pause” button to help tackle disconnect issues that had been plaguing players.