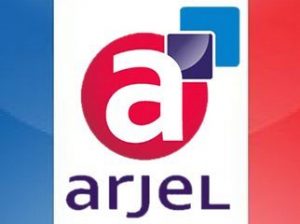 ARJEL, the French online gambling regulator, appears to have given up on its online poker market, as figures continue to decline. (Image: onlinebettingsites.com)

While online poker continues to attract the most players and generate a higher level of turnover than other forms of online gambling, it also yields the lowest level of gross gaming revenue.

Gross gaming revenue for poker fell by 7 percent, to €61 million ($68.7 million), with cash game spend plummeting 15 percent to €1 billion ($1.12 billion). This despite a 5 percent increase in tournament entry fees.

The country’s poor online poker performance was largely offset by robust growth in sportsbetting, which allowed total gross gaming across all verticals to climb to €190 million ($214 million), a 3 percent year-on-year increase.

Unfortunately, ARJEL appears to have given up in its own online poker market since it opted to ring-fence player pools and tax operators too highly following its online gambling reforms of 2010.

France had the chance to make things right in 2012 when the possibility of a trans-European player pool-sharing initiative with Spain, Italy and the UK was proposed, but ultimately vetoed by the French government.

Now, Charles Coppolani, the head of ARJEL, merely offers a Gallic shrug in the face of online poker’s downward spiral, claiming that the game is a “fad” that is “over,” and that it is “too complicated for a rather young audience.”

Despite the ailing state of the online poker industry in France, however, Partypoker France appears to be going from strength to strength. While the rest of the French market has continued to decline, cash game traffic on the platform has increased by roughly two percent over the last year.

The transformation has taken place because bwin.party migrated Partypoker France to its new software platform around a year ago, along with all of its other French brands, so that they now share the same consolidated player pool.

In fact, Partypoker France now accounts for 27 percent of all cash game traffic across the entirety of bwin.party’s poker operations.

The once-mighty Partypoker, meanwhile, is now responsible for only 60 percent of all bwin.party’s poker traffic, with cash game player numbers for the .com platform falling 31 percent on the year.

Essentially, this means that Partypoker France is growing faster than its parent, despite operating in an underperforming market, which speaks volumes about the effectiveness of consolidating player pools.

ARJEL would do well to take notice of this.