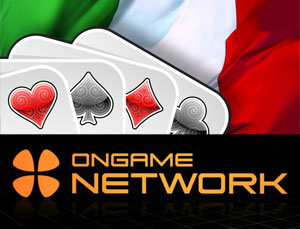 No official announcement from Amaya Gaming as to why it has withdrawn Ongame and PokerStars from roughly 30 gray markets, but speculation says it’s to assuage future licensing issues. (Image: pokerroomreview.com)

The Ongame Network appears to have exited the same gray markets as PokerStars did last week. Both operations, which are owned by Amaya Gaming through acquisitions, have pulled out of around 30 international markets, mainly composed of countries in Africa and the Middle East.

Players based in various countries around the world began reporting on forums on September 30th that they had been suddenly frozen out of real-money play on PokerStars and had been greeted with a message informing them that, based on a “risk assessment review” by the PokerStars team and “third party individuals,” it had been determined that the site “would no longer offer real money games in your country.”

“Your account balance is completely safe,” continued the statement. “Our license in the Isle of Man requires us to keep player funds separate from the company’s operating funds. PokerStars has always complied with this requirement and continues to do so for all of our player deposits.”

Players were invited to redeem their FFP as cash in the VIP store and were assured that any outstanding tournament tickets would be converted into their cash equivalents. Meanwhile, said the statement, they were welcome to continue playing for play money via the PokerStars client.

While no official statement from either PokerStars or Ongame as to the reasons for their departures have been forthcoming, a list of the countries affected has been gleaned from postings on player forums. They are: Afghanistan, Bahrain, Bangladesh, Cuba, Egypt, Iran, Iraq, Jordan, Kenya, Kuwait, Malaysia, Mozambique, Burma, Nigeria, North Korea, Pakistan, Qatar, Rwanda, Saudi Arabia, Senegal, Sudan, Syria, Tanzania, Turkey, United Arab Emirates, Yemen, Zimbabwe, the occupied territory of Palestine and Vatican City.

While Ongame may no longer hold the clout it once did, it’s still a relatively large network that is able to maintain an average of 300 simultaneous cash players, with reasonably well-known skins, including Betsson, Poker Heaven and RedBet.

Ongame Network started life as PokerRoom.com back in the early days of online poker, when it was one of the first sites to cater to Macs as well as PCs. When it changed its name to Ongame in 2005, it had 3.5 million registered players on the network. That was the year it was acquired by BetandWin.com, now bwin-party, which owned it for seven years before encouraging its players to move to the bwin-party client and selling to Amaya. Amaya’s current plans for Ongame are unclear.

It’s been speculated that Amaya has pulled PokerStars and Ongame out of these markets because of its pending UK gaming license. The new regime in the UK will require it to provide legal justification for engaging with markets for which it does not hold a specific license. However, it would seem more likely that the company is kowtowing to the US government as it prepares to enter the New Jersey market. Conspicuous on the list are several countries with which the US has frosty diplomatic relations, such as North Korea, Cuba, Iran, Burma and Yemen.