Over the weekend, the Mid-States Poker Tour (MSPT) wrapped up its first stop of Season 9 at Canterbury Park in Shakopee, Minnesota. The MSPT Canterbury Park proved to be the second-largest in 15 visits with 491 entries (the record is 493 from last December), and on Sunday night it was Mark Collins who emerged victorious to win $102,076. 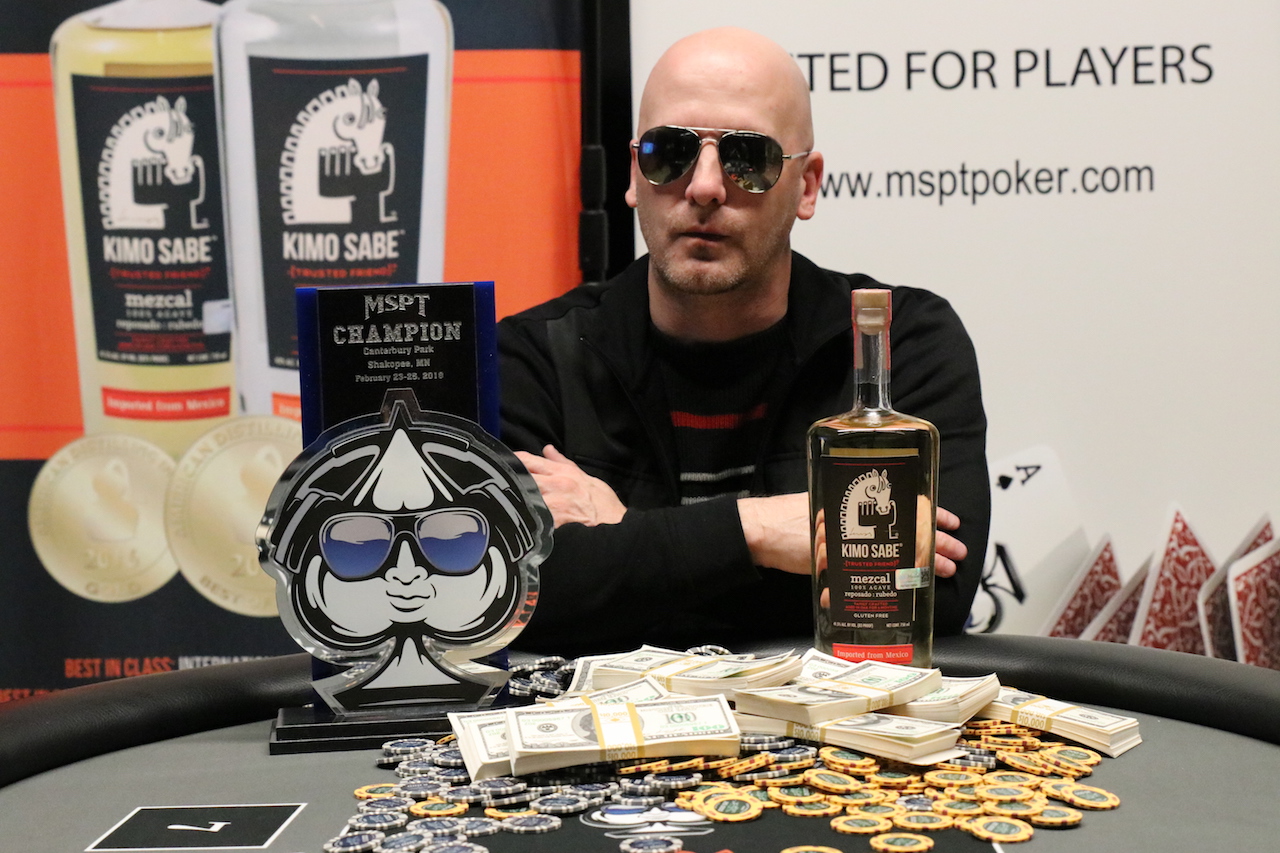 Mark Collins only had just $3,289 in tournament earnings before hitting it big for six figures at the MSPT Canterbury Park in Shakopee, Minnesota. (Image: MSPT)

A 44-year-old IT system administrator from Illinois, Collins had been playing poker recreationally for eight years before his big score. Prior to his MSPT Canterbury Park win, he had just $3,289 in tournament earnings, a third of which came when he placed 73rd in the last year’s MSPT Potawatomi Regional Event for $1,011.

“I play maybe once a month, $100 buy-in tournaments, that’s about it,” Collins told MSPT officials. “I’ve played three or four of these MSPTs. You’ll definitely see me playing more. I probably won’t win again, but you’ll see me playing.”

Collins, the father of 23-year-old twin daughters, squared off against local Minnesota players Bob Van Syckle in heads-up play. While Van Syckle had experience on his side, Collins had the chip lead.

Van Syckle was primed to double, but the 6♥2♣8♠ flop gave Collins the lead with a pair of sixes. Neither the 4♠ turn not 5♦ river helped Van Syckle, and he had to settle for second place and a $62,720 consolation prize.

Collins said he plans to use his winnings to pay off his house. 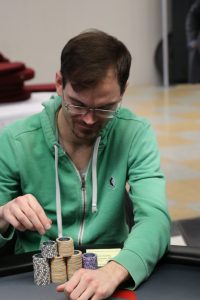 Speaking of Hendrickson, he was one of four players to have cashed the first eight seasons of MSPT, the others being Matt Kirby, Jeremy Dresch, and Kou Vang. By cashing for the first time in Season 9, Hendrickson kept his streak alive, as did Vang, who finished 14th for $5,697.

Others to make money were reigning Kimo Sabe Mezcal MSPT Player of the Year Chris Meyers (29th for $2,564) and World Series of Poker bracelet winner John Reading (6th for $19,466). In regards to Reading, he began the final table as the chip leader but was soon knocked down to size.

In his final hand, he got it in with the 3♠3♥ and failed to win a race against Van Syckle’s A♠K♠ after a 4♣7♠2♦6♠K♦ runout. It was the second big score this month for Reading, who finished third in the WSOP Circuit Potawatomi Main Event for $86,052.