On Election Day 2016: Who’s Voting for Who and What’s at Stake

It’s election day 2016 at last. After more than a year of Twitter wars and public squabbles, poker pros and players will be joining every other American at the voting booths (although many citizens in Nevada and other early voting states have already cast their ballots). 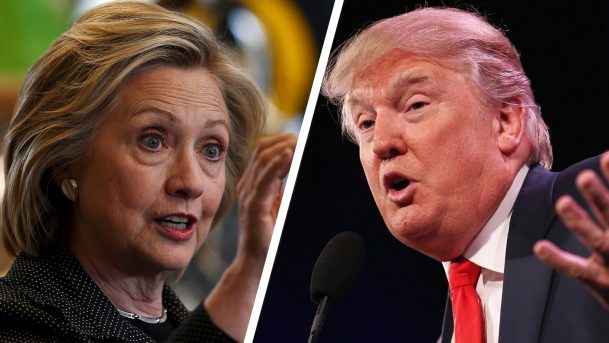 Poker players are ready to vote for either Hillary Clinton or Donald Trump on Election Day 2016, and many have voiced strong opinions on their candidate of choice, as well as their opponents, on social media.  (Image: thefiscaltimes.com)

And if you’re still unclear as to which candidate the top poker pros will be voting for, we have the answer. During this heated presidential runoff season, nothing since the Civil War itself has so divided political camps, and poker players were no exception.

Letting Their Alliances Be Known

Daniel Negreanu became an American citizen last February specifically so he could support his candidate of choice: Hillary Clinton. Kid Poker has openly supported the Democratic nominee since Day One, professing his distaste for her opponent, Donald Trump.

Doing so has led to criticism from his fans who support the Republican nominee. Many have told him to “stick to poker,” and refrain from sharing his political beliefs.

“Trump supporters make sure you show up and vote this November 35th! We should all vote, even you people,” he joked on Twitter.

Mike “The Mouth” Matusow has used his social media voice to let everyone know just how much he supports Donald Trump and despises “Crooked” Hillary Clinton.

It became apparent early on in the campaign season that Matusow was passionate about the billionaire businessman. He has expressed his disdain for what he considers a “corrupt government,” and is hopeful a non-establishment candidate such as Trump can get elected to put a stop to that corruption.

Matusow engaged in a heated debate with billionaire businessman Mark Cuban on numerous occasions this election season. Agree with him or not, there’s no denying The Mouth isn’t afraid to speak his mound.

Matt Glantz, originally a Trump supporter, did a complete 180. Shortly before election day, he changed his mind and decided to vote for Clinton. But he isn’t happy about it. Glantz doesn’t embrace Hillary, but came to the conclusion she is the best option.

The Brunsons, Todd and Doyle, have separate political views, but likely ended up voting for the same candidate. Doyle has openly supported Trump, but admits he is far from the perfect candidate.

Todd was more into Independent candidate Gary Johnson, but was undecided on who to vote for just two days prior to the election. The younger Brunson, and recent Poker Hall of Fame inductee, has been far more critical of Hillary Clinton than of Donald Trump. But he doesn’t appear to be an avid supporter of the Republican nominee.

The Candidates and Online Gambling

What impact will the winning candidate potentially have when it comes to weighing in on online gambling?

Most likely, Trump will have a more favorable view, although his financial super PAC backing by anti-online advocate Sheldon Adelson may or may not influence him. Clinton is likely less to be well-versed in the entire topic, and probably will not put a lot, if any, energy into it, particularly if it involves crossing paths with her Congressional email investigation nemesis and RAWA supporter, Republican US Representative Jason Chaffetz of Utah.

Hillary Clinton: “I have concerns about Internet gaming. I think those concerns are being aired and looked at by a number of states as well as the federal government. I think we have to be sure that if we’re doing Internet gaming there is some level of regulation and accountability as there is with real world, on the ground gaming here in Las Vegas and elsewhere.”

Donald Trump: “It has to happen because many other countries are doing it and like usual the U.S. is just missing out.” His running mate, Mike Pence, has supported anti-online gambling legislation in his own state of Indiana.

Trump is seriously flawed but you may get online poker back and a business tax of 15% would be magic in my country.

Trump and Adelson are pals though…