Olivier Busquet peaked at the perfect time to capture the King of the Hill II title on Friday at the Rivers Casino in Pittsburgh, Pennsylvania. The 36-year-old defeated Parker Talbot in the poker equivalent of straight sets in the finals, taking the first two games of the best-of-three series. 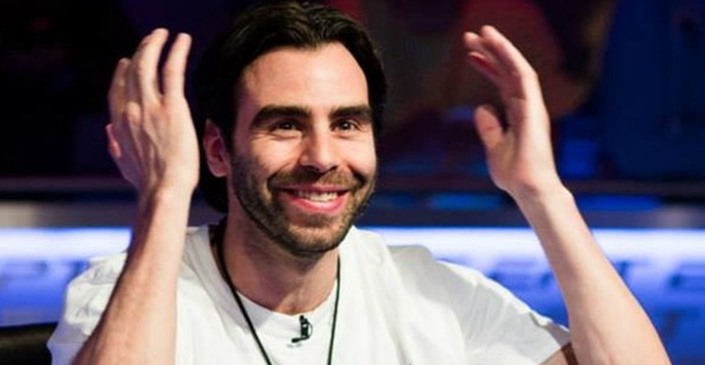 Olivier Busquet won the “Poker Night in America’s” King of the Hill II, defeating Parker Talbot in the finals to take home $200,000 from Pittsburgh. (Image: Highstakesdb.com)

The event consisted of four invited players each putting up $50,000 in a winner-takes-all format. In addition to Busquet and Talbot, the other two players were Shaun Deeb and Phil Hellmuth, who won the inaugural King of the Hill in August. Each match was a best two out of three.

Hellmuth defeated Dan “Jungleman” Cates at Rivers Casino in Schenectady, New York, in August, to take home a boxing-style belt in addition to the prize money. It was also broadcast on Twitch. Officials said both showings attracted thousands of viewers.

It didn’t take long for Busquet’s reputation as a leading-heads up player to show in the finals. He lost a couple of early pots to Talbot and then took down a sizable hand when his 10♠ 9♠ was rewarded with a 10♣ 10♦ 2♠ flop. An 8♥ gave Talbot’s Q♣ J♣ a gutshot straight draw, but a nine would have made Busquet a full house, so he unknowingly was drawing dead as he moved all-in.

Busquet quickly called and showed his trips, and with no help possible from a 6♠ on the river, he claimed victory in the first round.

The second bout went back and forth for several hands as the two won pots to flip-flop the chip lead. Busquet then won a massive pot, again with three of a kind, to end up with a 7-1 chip advantage. He closed out the competition when his J♥ 9♣ connected with a nine on the flop, which held up against Talbot’s A♠K♥.

“Honestly, I ran good yesterday and I ran good again today,” the champion said. “You can get lucky to make good folds at the same time as making good hands.”

Talbot did get the satisfaction of beating the Poker Brat in the first round to reach the finals. Talbot lost the opening match when his J♥ J♦ fell to Hellmuth’s A♥ K♣. The board was K♥ 10♥ 9♥ 8♣ 4♥ and both players pulled a flush, but Hellmuth had the nuts.

The next two went to Talbot and in the rubber match he closed out the 14-time World Series of Poker bracelet winner.

Deeb got swept by Busquet as the champ got early leads in both matches and cruised to the finals.

A third installment of King of the Hill on Poker Night in America is scheduled for Oct. 25-26 at the Sugarhouse Casino in Philadelphia. Busquet will defend his title against Dan Colman, Brandon Adams, and 2017 WSOP Main Event champion Scott Blumstein.