There was a noticeable lack of German players at this year’s PokerStars Caribbean Adventure, and that’s because WPT European Championship was being held right in their own backyard, at Casino Spielbank in Berlin. It was the first time the World Poker Tour hosted a Main Tour stop in Germany and Europe’s first televised tour stop in five years. 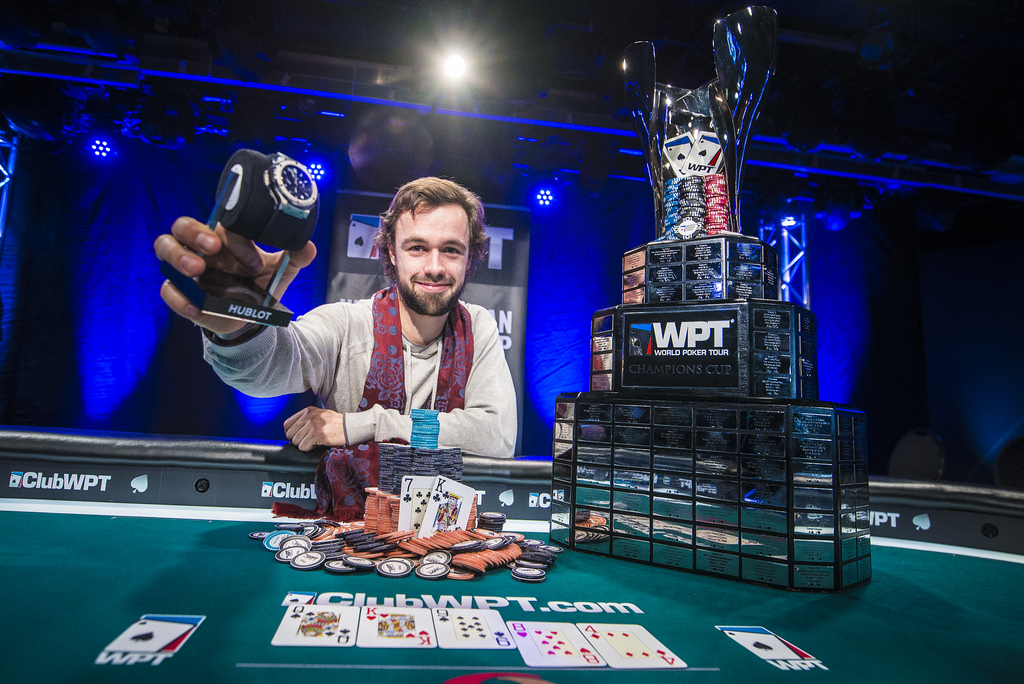 Germany’s Ole Schemion recently won the WPT European Championship for $260,585, which believe it or not was only the 16th biggest score of his young career. (Image: WPT)

One of Germany’s Best

“I had such a good feeling about this tournament since day one,” Schemion told WPT European Championship officials after the win.

In the grand scheme of Schemion’s poker career, it was a relatively small score. Since 2011, the German pro has amassed more than $13.8 million in career earnings, including four seven-figure scores. He currently sits third on Germany’s all-time money list behind just Fedor Holz ($26.7 million) and Christoph Vogelsang ($15.4 million).

That said, it was the first time Schemion, who is accustomed to taking down high rollers, has won a Main Even title on a major tour. By winning the WPT European Championship, Schemion joins Dominik Nitsche, Stefan Schillhabel, and Dietrich Fast as WPT Champions Club members.

Schemion, who was the 2013 European Poker Player of the Year, began the final table as chip leader and personally knocked out four of his five competitors. He began by eliminating Syria’s Amjad Nader, who was all in preflop with the K♠Q♦ against Schemion’s A♥10♠ and Michal Mrakes’ 9♦9♠. Schemion pushed out Mrakes on the A♣6♦5♥ flop, and Nader failed to get lucky.

A little while later, Patrice Brandt raised holding the J♥9♥ and called when Schemion three-bet with the A♦4♦. Brandt raised all in when he picked up a flush draw on the 2♥2♣5♥ flop, but Schemion sniffed him out and called with ace high. Neither the turn nor river helped Brandt, and he was bounced in third place.

Schemion began heads-up play with a 2-1 chip lead over Mrakes, who is fresh off a career year.

Back in December, Mrakes finished third in the PokerStars Championship Prague for $391,246, and in June he won the partypoker MILLION Germany for $224,572. More recently, he finished 14th in the 2017 World Series of Poker Europe Main Event at King’s Rozvadov, good for $54,212.

After 20 hands of heads-up play, the tournament came to an end when Mrakes shoved the flop with a flush draw and failed to get there against Schemion’s top pair.

hes a good player, crazy to have 200k be a small cash