“Oklahoma” Johnny Hale, a longtime professional poker player and one of the strongest proponents of senior poker events, has passed away at age 92, according to CardPlayer. 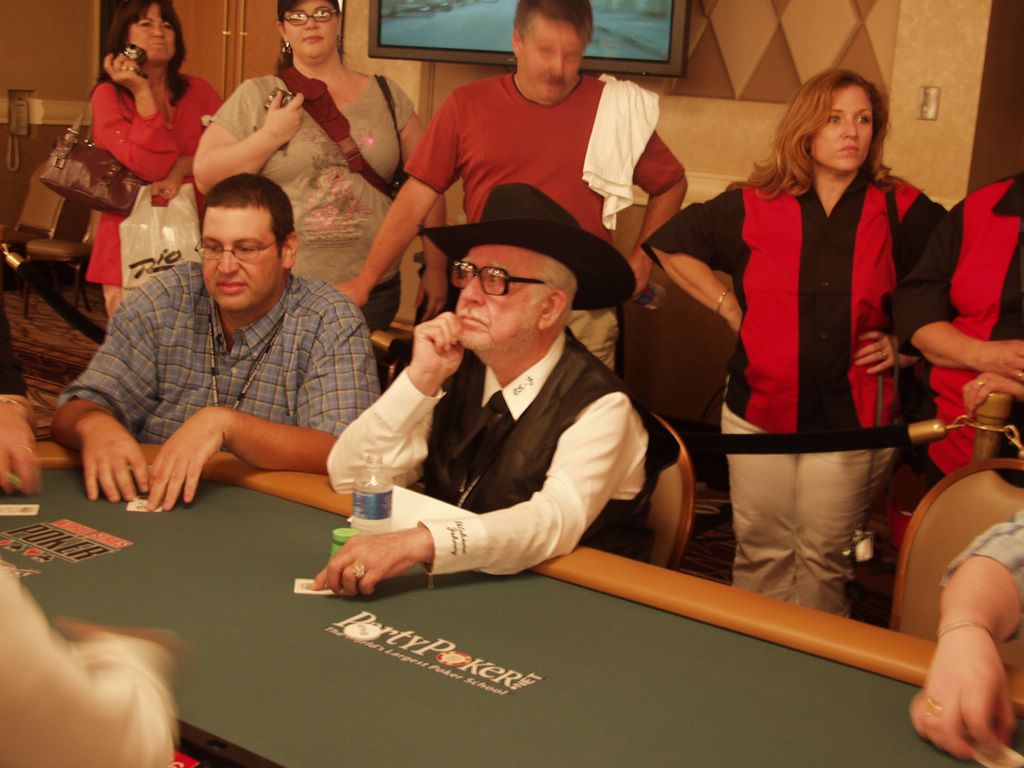 Hale was one of the early regulars at the World Series of Poker, and worked with Benny Binion to help popularize the WSOP seniors’ event. He was also integral in creating the Seniors World Championship of Poker, as well as the Seniors Poker Hall of Fame.

From Tulsa to the WSOP

Hale was born on Sept. 30, 1927 in Pittsburgh, Oklahoma. He would go on to attend Oklahoma University, then serve in the Navy during the Korean War. After the war, he found success in the construction business before his interests turned to poker.

According to his own website, Hale got his start in high-stakes home games in Tulsa, then began playing in big games at Las Vegas casinos. His best results at the World Series of Poker came at 1980, when he final tabled three events. Hale finished second in the $1,000 Limit Ace to Five Draw event, third in the $1,000 Seven Card Stud Hi/Lo event, and third in the $1,000 Razz event. Those three cashes earned him a combined $29,000, a sign of the times when fields were tiny compared to the monstrous tournaments at today’s WSOP.

Hale would cash several more times in WSOP events later in his life, and though he would never win an event, he was honored as the best overall player at the 1980 World Series. Since that time, Hale has collected a long list of cashes in small- and mid-stakes events, with his last cash coming in a $200 tournament at the Wynn in April, for which he took home $449.

Hale received a number of tributes from the poker world, where he was remembered fondly both as a person and a player.

I want to say Rest In Peace to a good friend of my family, Oklahoma Johnny Hale,” Golden Nugget director of poker operations Andy Rich wrote on Facebook. “You will be greatly missed by many Johnny. Thank you for being a part of our lives. I hope to carry on the Seniors Charity Poker Tradition the way you would have wanted it.”

For his career, Hale won $502,240 in live tournament play, with his largest cash of $48,565 coming in 1999 at the Orleans Open. Hale won the $120 rebuy event, taking down the title in heads up play over TJ Cloutier at a final table that also included Men Nguyen.

In the final decades of his life, Hale became the leading advocate for senior poker players, regularly playing in — and helping to organize and promote — senior events across the United States. He worked as a columnist for CardPlayer Magazine for a time, and wrote a biography titled “The Life and Times of a Gentleman Gambler.”

Played with him a couple of times in some daily tournaments at the old Ceasars poker room.

He was a good player and a great guy. Always really calm.

Ninety two is a good ripe age – I never asked him what his secret was – we should all be so lucky!

Rest in Peace Mr Hale!
+ I like when I see seniors at the tables, no matter how old you are, but still enjoy in the game. 🙂