Online poker in New York will not become a reality in 2016, but daily fantasy sports (DFS) will see daylight, thanks to a positive vote from Empire State lawmakers. The current legislative session saw online poker and DFS debated, but it was only the latter that made it through the State Assembly and the Senate. 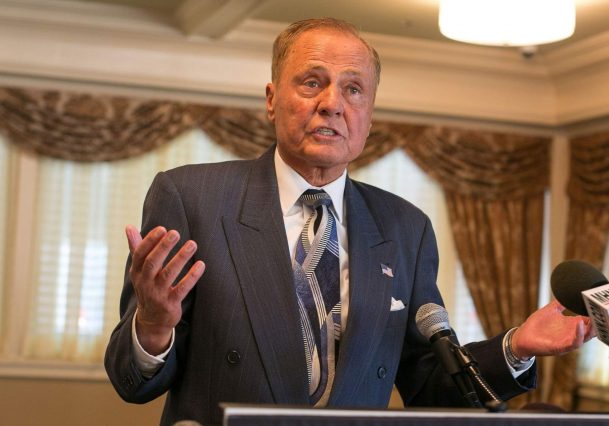 Senator John Bonacic’s online poker bill S5302 has been passed over in New York State, while Daily Fantasy Sports (DFS) was given a stamp of approval. (Image: Times Herald-Record file)

Prior to latest round of voting, player power was in full effect, as the Poker Players Alliance reported that 10,000 contacts had been made to New York legislators.

Asking for pressure on them to lend their support to Senator John Bonacic’s S5302 bill, the messages appeared to have a positive effect, as it passed through the Senate Finance Committee by a clear majority.

However, with last week’s deadline approaching and lawmakers eyeing up two potential online gambling bills (although DFS appears to fall into a grey area with regards to gambling), online poker fell by the wayside.

In fact, while DFS regulation is now waiting for Governor Andrew Cuomo to officially sign the legislation, S5302 has been cast into the shadows where it will now have to wait until next year for another chance at passage.

While disappointment for poker players isn’t anything out of the ordinary, given the pattern of regulatory activity in several states over the last few years, the recent turn of events will likely be seen as particularly frustrating.

Aside from DFS being a much younger industry than online poker and, by all accounts, having less support from state residents, the industry was only just sent packing in New York State in November 2015.

The two largest DFS operators, FanDuel and DraftKings, were hit with lawsuits at that time by state Attorney General Eric Schneiderman. The suits brought a number of charges against the companies, including fraud and misrepresentation, and ultimately brought an end to DFS in New York.

But it seems the anti-passion was short-lived. DFS hasn’t battle for years to rebuild its reputation and win over the lawmakers, and now, a mere seven months later, it looks like love and happiness have returned for fantasy sports companies.

While many would categorize DFS as a skill game, just like poker, New York’s decision-makers don’t appear to hold the two activities in the same esteem, as they are willing to green light one, but not the other.

Naturally, this isn’t the end for online poker in New York. Once the dust has settled, Senator Bonacic has vowed to continue fighting for the state’s residents to play the game online. That fight should resume in the 2017 legislative session.