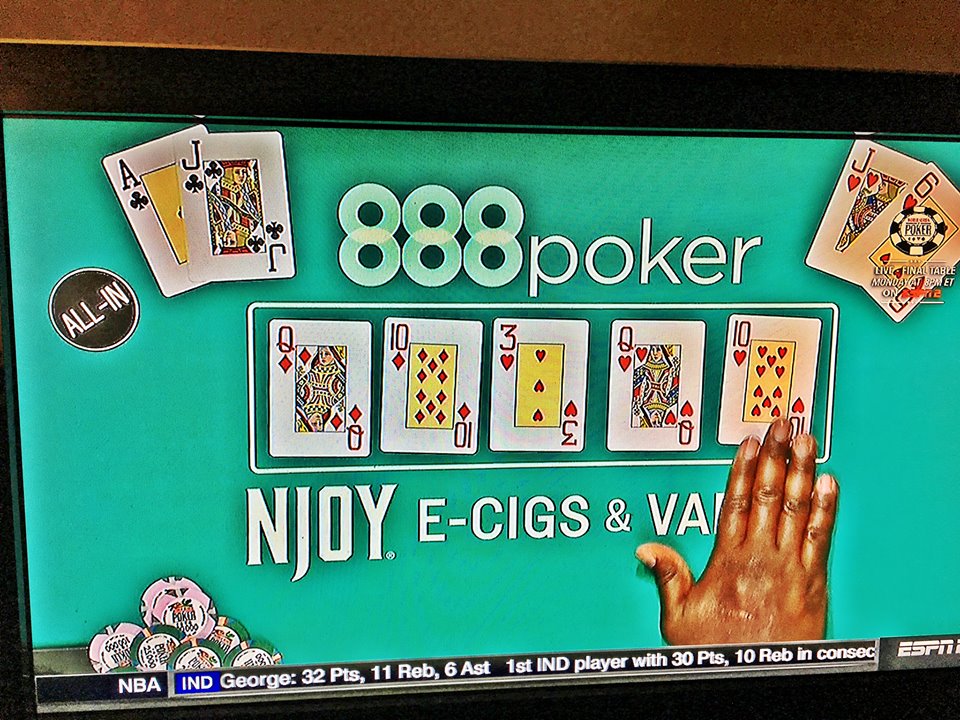 The November Nine entered the Penn and Teller Theater in the Rio on Sunday full of hope, but by the end of the night, three of those players went home with some shattered dreams. Playing on ESPN with a 30-minute delay, the event started at 5 pm Pacific Time, but actually aired a half-hour later.

Sunday’s play began with a bang. On just the second hand of the day, the rich got richer. Chip leader Joe McKeehen open-shoved on the button with A♦4 ♥ with both small stacks to his left in the blinds.

Patrick Chan, with barely 16 big blinds, made the call with K♠Q♣. Neither player improved on the flop, turn, or river, and that was all she wrote for Chan, finishing in 9th place. His departure meant Federico Butteroni was the only player left with less than 10 million in chips.

When Chan busted after just two hands, many likely expected some wild and crazy play for the rest of the night, but they were sadly disappointed. Most of the players were extremely tight all night. Even McKeehen, holding a massive chip lead, was passive the first few hours of play.

Blumenfield Fires with Bullets and Ladies

Although most of the table wasn’t very active, perhaps surprisingly, 61-year old amateur Neil Blumenfield came to play. The San Franciscan that has been a colorful figure throughout ESPN’s 2015 WSOP coverage brought some unexpected aggression early on.

In a hand against the known loose-aggressive player Ofer Zvi Stern of Israel, Blumenfield put on a play that even impressed ESPN commentator Antonio Esfandiari, one of the top players in the world.

Stern open raised in first position to 850,000 with A♦10♣. Blumenfield, in the big blind, made a good read and didn’t give Stern much credit, despite his early position raise. He three-bet it to 2.6 million with Q♣8♣. Stern tanked and folded.

Blumenfield then picked up pocket aces and queens in consecutive hands, three-betting each time. He took down both hands pre-flop.

Later on, Blumenfield found himself in a crucial pot against one of the tightest players in November Nine history, 72-year old Pierre Neuville.

Clearly just looking to bump up the pay slot, with seven players remaining, Neuville picked up A♣K ♥ on the button, facing an initial raise by Blumenfield, holding 4 ♥ 4♣. Instead of three-betting, Neuville opted to just call.

The flop came Q♠K♠4♦. Those watching on TV were most likely expecting Neuville to go bust and end the day’s session. Instead, the most senior member of the November Nine decided to remain overly tight by just calling Blumenfield’s bets on the flop and river. Both players checked the turn.

Patrick Chan was out on just the second hand of the final table, but no additional players busted for approximately three hours.

After folding hand after hand despite holding a small stack, Federico Butteroni allowed his chips to dwindle down to just a handful of big blinds.

Butteroni picked up A ♥ J♣ and shoved his remaining 2.4 million chip stack, but ran into McKeehen’s A♠K♠. The board ran out blanks for Butteroni. He was eliminated in 8th place after failing to enter a pot for three hours.

The November Nine is now the November Six. Two more days of play and then it’s a wrap for the 2015 World Series of Poker.