Not the WSOP Round-up: A Look at the Rest of the Week’s Action
July 10, 2015 Latest Poker News

Not the WSOP Round-up: A Look At The Rest Of The Week’s Action 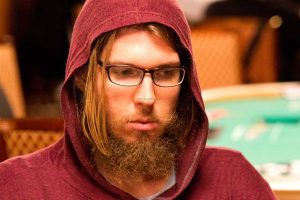 As the World Series of Poker Main Event rages at the Rio All Suite Hotel and Casino, it’s easy to forget there were other significant events going on in Vegas this week.

The Aria has done an impressive job of catering to the WSOP overspill with a jam-packed schedule.

Last week we brought you news of the star-studded Super High Roller Cash Game, and the Super High Roller Bowl, a $500,000 buy-in tournament in which every single penny of the prize pool went back to the players.

Brian Rast won that one for a mid-boggling $7.5 million.

But as the week began, it was back to the kind of tournament that mortals can afford, with the business end of the PartyPoker WPT 500.

Fresh from his third-place finish at the first ever WSOP online event, Craig Varnell was the last man standing after beating Lucio Antunes heads-up, taking home $330,000 for his efforts.

That score brought his total for the week to more than $600,000, not bad for a man who confessed that he arrived in Vegas without a bankroll or a backer.

Meanwhile, another man who was on a roll was the impossibly Zen Andrew “luckychewy” Lichtenberger, who won the $24,000 + $1,000 Aria High Roller tournament on Tuesday… again!

Lichtenberger battled the cream of the crop to earn his prize, and a final table that included Erik Seidel, Dan Smith, Brian Rast, Justin Bonomo and Paul Volpe.

Finally, despite the header, we couldn’t really write a whole article that didn’t mention the WSOP at all. We tried, but we just couldn’t do it! We can’t help ourselves. Because now that all bracelet events, bar the big one, are wrapped up, we’ve been crunching some numbers.

First of all, we can declare the 2015 series to be a truly international event, with bracelet winners hailing from no less than 14 different nations. Compare that to last year, when just nine countries were represented among the bracelet winners.

Of course, the most widely represented nation at the series, the USA, comes out a clear winner in the bracelet count, by the enormous margin of 45. That’s 45 more than anyone else!

Second on the list is a tie between the UK and Canada, with four apiece, although we think the Brits get special kudos because they get the worse jetlag.

Last year’s second, Germany, is close behind with three. Italy, meanwhile, got two, and both of them came from Max Pescatori.

In fact, Pescatori picked up the same number of bracelets as the whole of womankind at this year’s series. And of the two female bracelets, one of those was won in the Ladies Event, which Pescatori wasn’t allowed to enter.

Yes, unfortunately, despite the presence of people of all nations, creeds and colors, women were still a relatively rare site.

At The Colossus, however, which attracted 22,000 players, a reasonably-healthy six percent of the field was made up of women. The average for a WSOP event is around four percent.