North Dakota Residents May Get Online Poker Vote — in November 2022

North Dakota residents may be able to vote on legalizing online poker in their state, but it will be a long wait; the measure would be on the general election ballot in November 2022. 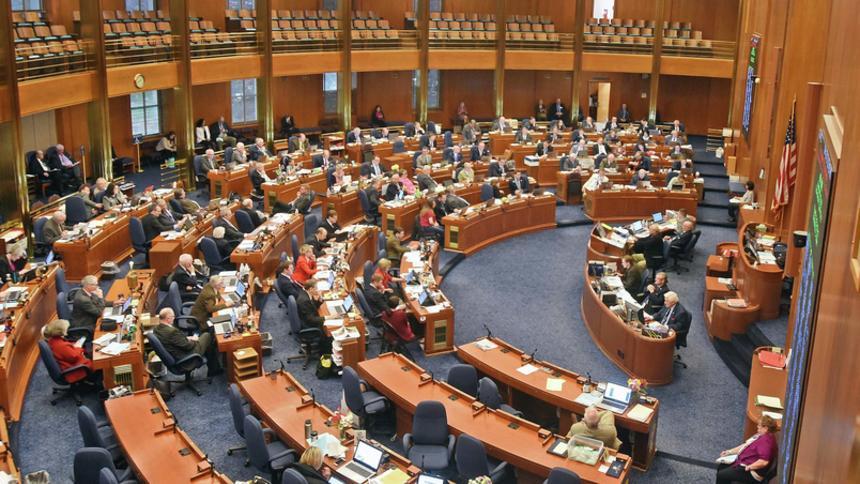 The North Dakota House passed a resolution on Tuesday that could allow state voters the chance to approve online poker. (Image: Say Anything Blog)

Lawmakers in the state House voted 54-40 on Wednesday to advance House Concurrent Resolution 3012, which would amend the state constitution to allow licensed and regulated online poker in North Dakota if approved by voters.

Rep. Jim Kasper, R-Fargo, who has pressed for the legalization since 2005, introduced the resolution.

“There’s thousands of people in the state of North Dakota who are playing online poker,” he told the Grand Forks Herald. “It’s not regulated. It’s not taxed.”

The state Senate will now take up the resolution.

House Bill 1389, which also passed Tuesday, sets the parameters for the online poker industry in the state. Those include giving the state attorney general the authority to license and regulate the games. Operators must pay a one-time registration fee of $10,000, as well as an annual licensing fee of $5,000.

The state would implement a tax of 10% on the gross revenue, payable monthly to the AG by operators. That money would go into an internet poker proceeds fund, which would then be distributed to a fund for schools, the state’s general fund, and a fund for gambling disorders and treatment.

Notably, HB 1389 defines live online poker as a game of skill. It also prohibits the use of credit cards as a funding mechanism by players.

Will the state have enough players?

North Dakota may experience a liquidity problem unless it partners with other states for interstate poker, as fewer than 1 million people live there. Kasper said one poker industry estimate determined the state could have reaped $500 million in annual taxes if it had passed his 2005 legislation.

The House also passed House Bill 1234, which would allow North Dakota voters to say yea or nay on sports betting in the state.

Lawmakers in the House declined to pass House Bill 1448, which would have allowed the state’s five Native American tribes to negotiate an agreement with the governor to legalize sports betting and online gaming on tribal lands.