Norman Chad is taking time away from his usual daily routine that mostly involves tweeting out mean things about sports and political pundit Clay Travis to help support a good cause. The long-time ESPN WSOP announcer will play in the $25,000 HORSE event at the upcoming World Series of Poker via backers, and a portion of the money raised to put him in the tournament will be shipped to the Hope for Depression Research Foundation. 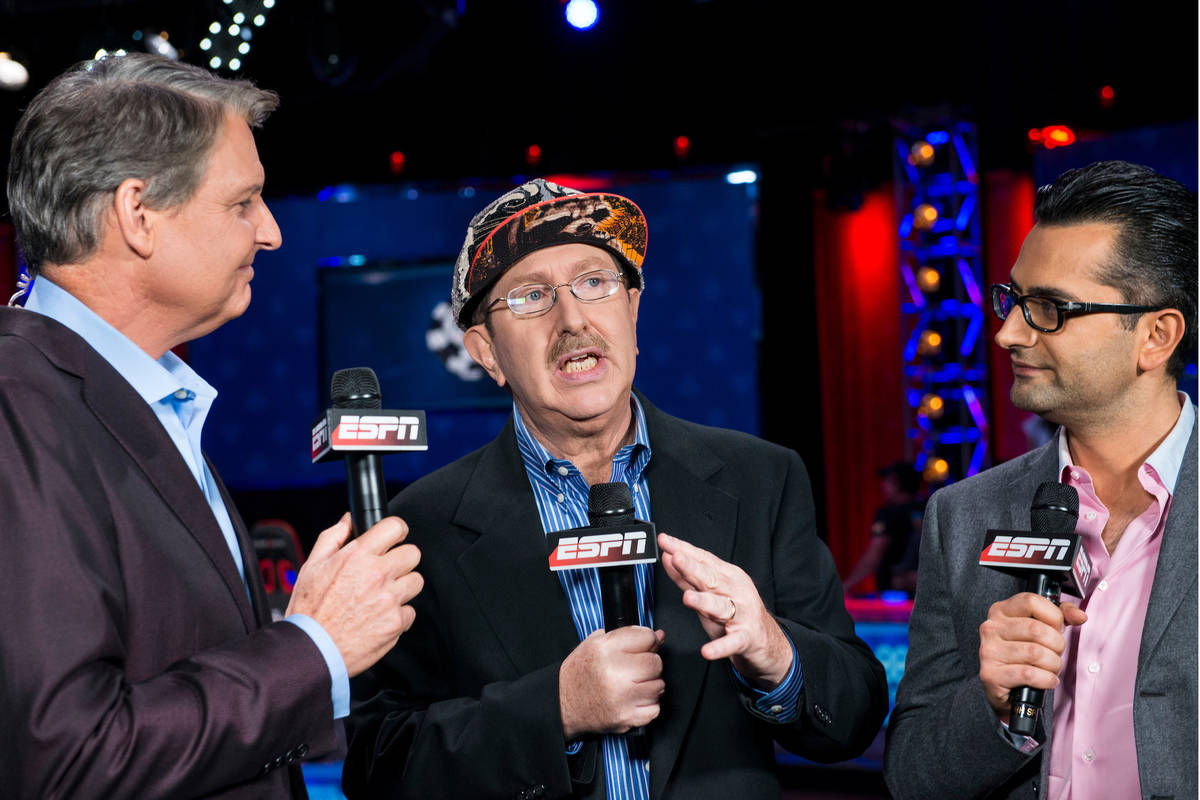 The 52nd annual World Series of Poker, barring a COVID-19 disaster, is set to begin Sept. 30 at the Rio in Las Vegas. Among the 88 bracelet events scheduled is a new $25k HORSE event that will most certainly bring out many of the top mixed-game players in the world. And, apparently, a former nationally syndicated sports columnist with six career WSOP cashes.

Chad hasn’t cashed in a live WSOP event since 2014, but his fans and Twitter followers can get a piece of his action in the high-stakes HORSE tournament. Although he admits his chances of winning the event are slim, investing a small amount to back him will pay off in more important ways.

Chad is seeking $150 donations from 250 charitable individuals for what he refers to as the “Donkey Caravan.” Of that donation, $50 will be shipped to the Hope for Depression Research Foundation, which funds scientific research on the treatment and prevention of depression. According to the Anxiety and Depression Association of America, more than 17 million US adults suffer from depression.

If I miraculously somehow cash, you get 1/250th of the profit.

Chad will give it his all in the high-stakes WSOP tournament, but his main focus is on raising money for charity. In total — assuming he gets his 250 backers — he’ll send $12,500 to the non-profit organization. Should he cash, his winnings will be distributed to his investors evenly. He won’t take home a penny, he said, and he has some plans to publicly honor those who partake in his charitable efforts.

“I also want to briefly feature as many of my 250 backers with a daily tweet about one or two of them leading up to the $25k event — sort of a shout out to the members of the #DonkeyCaravan, which is what I’m calling it,” Chad told CardsChat News. “It’s The People vs. The Pros. Can a donkey hang with the stallions in HORSE? I am the donkey. We have 250 people in the saddle.”

Those interested in backing Chad can do so on the StakeKings poker backing platform starting on Monday, Aug. 2. The $25,000 HORSE tournament begins Sept. 30, the first day of the fall World Series of Poker.

If Chad sells off his entire buy-in for the HORSE event quickly, he said he’ll consider doing another charity drive for the $50,000 Poker Players Championship, one of the most prestigious annual WSOP events. He plans to pick a different charity for that event, but hasn’t yet ironed out the details.