No Love for Amaya Co-Founder David Baazov, as Lenders Restructure Debt with Keeping Him Away in Mind

Amaya, Inc.’s lenders are restructuring its debt, and they don’t want its former leader David Baazov to take advantage of that fact. PokerStars’ parent company’s backers want to keep its former CEO as far at arms’ length as possible, a decision that may, in fact, sit well with at least some shareholders. 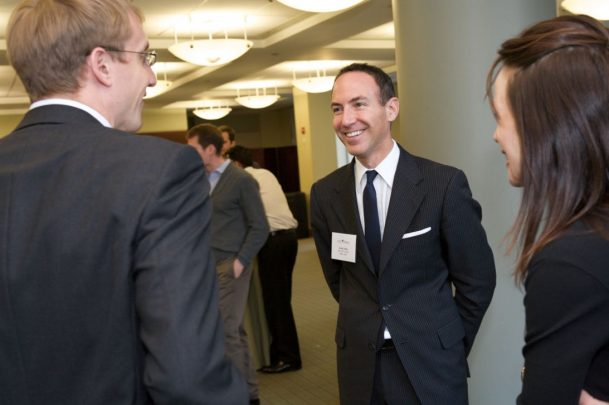 The gaming operator has successfully repriced its first-lien term loans and included an amendment to prevent a “certain current shareholder” from taking over the company. That unnamed person, undoubtedly, is Baazov.

Amaya will also save more than $15 million per year from the loan restructuring. Lenders put in a provision to keep Baazov away. Doing so will prevent the “potential acceleration of the repayment of the debt” the gaming operator owes if an unwelcome takeover were to occur.

Additionally, Amaya was able to pay less on interest payments that are due on March 31, thus freeing up cash flow. The deal will put the company in a better position financially, while keeping nervous shareholders assured of the status quo.

Ader Not a Fan

Jason Ader, an outspoken investor who owns one percent of the gaming operator’s business, made his opinion on David Baazov clear this past December. The businessman instructed the company to move on from its former CEO.

Baazov, Amaya’s founder, made a $4.1 billion bid to take the publicly traded company private last year. Ader referred to the bid as an attempt to capitalize on the operator’s current financial situation at “other shareholders’ expense.”

Ader believed Baazov’s bid was too low and didn’t want the company to lower its value. He also had a problem with the former CEO’s lack of transparency, suggesting Baazov’s funding sources are questionable. That view was exacerbated when, in November of last year, a supposed Dubai investor turned out to have no knowledge of the company or Baazov, let alone his venture capital partners.

In late December, Baazov pulled the plug on his offer. He said “certain shareholders” demanded too much. The entrepreneur said that after discussion with his advisers, he determined that acquiring the business wasn’t the right idea. But that doesn’t mean he might not change his mind in the future.

An Amaya acquisition may not be the most important thing on Baazov’s mind at this juncture. He is scheduled to stand trial November 20 in a Canadian court on charges of insider trading.

Quebec securities regulators claim this is the largest insider trading case in Canada’s history. The former CEO is accused of aiding with trades while in possession of privileged company information, and attempting to influence the market price of Amaya securities.

Baazov allegedly illegally provided inside information prior to Amaya’s acquisition of PokerStars. He, along with two co-defendants, has pleaded not guilty to the charges.