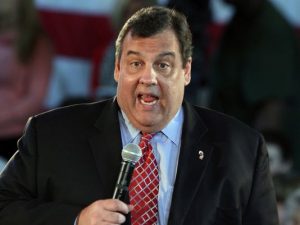 New Jersey Governor Chris Christie has generated plenty of coverage in the world of gambling in recent days. There’s the closure of Atlantic City casinos and his declaration that both casinos and racetracks in his state could start offering sports betting, both of which are certainly big stories. But they’ve also overshadowed a comment made by Christie that might be particularly interesting to online poker players.

Christie reportedly said that he has had conversations with Nevada Governor Brian Sandoval about the potential of combining the online poker pools of both states. It’s the first time there’s been any official word of such talks between the two governors, and was reported by Howard Stutz of the Las Vegas Review-Journal, who quoted Christie as having made the comment after a summit meeting about the future of Atlantic City.

While such a partnership hasn’t been seriously discussed yet, it’s not exactly a move that would come entirely out of the blue, either. Nevada and New Jersey have already agreed to share some jackpot contributes for live slot machines in both states, a concept that’s similar in scope to sharing online poker liquidity. And the concept of combining player pools for Internet poker certainly isn’t new: Nevada and Delaware are expected to allow such player-sharing arrangements beginning in late 2014 or early 2015.

But a similar arrangement between Nevada and New Jersey would have a much larger impact on the online poke industry in the United States. Delaware’s Internet gambling industry is much smaller than either of the other two states that regulate online poker, and its software is only provided by 888, meaning that they’d be the only company capable of making a Delaware/Nevada partnership work.

But Nevada and New Jersey have much more overlap. Such a partnership might allow 888 to expand its network into a third state, while also allowing Ultimate Gaming to connect its sites in the two states. Other firms currently operating in New Jersey might look for Nevada partners as well, in an attempt to expand their reach.

Partnerships Could Be Key to Online Poker Success

Such partnerships could be important for the future of online poker in the United States, as well as in other jurisdictions around the world. Unlike table games or slots, online poker requires a critical mass of players in order to maintain and grow a site or network. The more players are on a given site, the easier it is for the site to consistently run games at numerous stakes levels. If those games aren’t running regularly, it’s hard to convince new players to sign up, which can cause the site’s player pool to shrink further.

According to figures from PokerScout.com, the largest site in New Jersey, one operated by PartyPoker and the Borgata, has an average of about 140 cash game players at any given time. The WSOP.com site in Nevada, meanwhile, averages about 100 players (the New Jersey counterpart averages 120). While both states have been able to maintain small online poker marketplaces, it’s unclear how many rooms either can support on their own over the long term.

Still, while both states would likely see benefits from such an arrangement, it’s still anyone’s bet how serious any talks about a partnership have been, or what a realistic timeline would be for implementing an interstate poker network should an agreement eventually be reached.