Partypoker has bolstered its infantry by adding short deck Hold’em maestro Nikita Bodyakovskiy to its ranks. 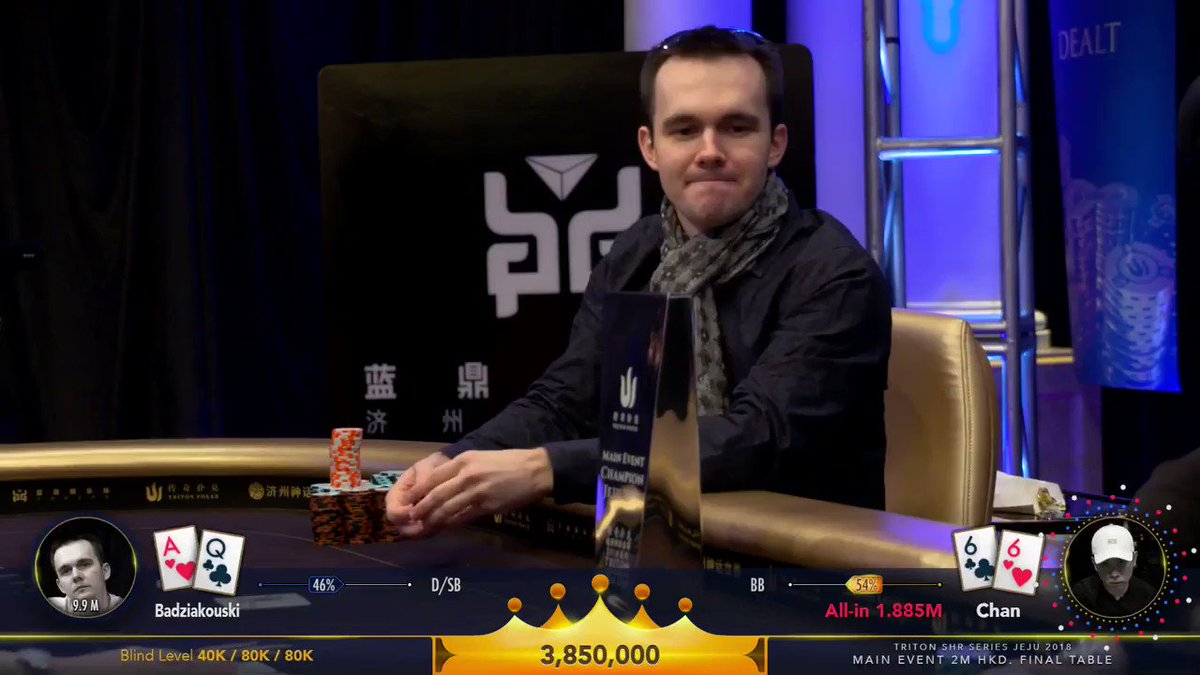 Fresh off winning $700,000 at the Partypoker Caribbean Poker Party in Nassau, Bodyakovskiy (also written Mikita Badziakouski) now has an online sponsor. Tipped as a rising star in 2018, the Belarusian has almost $21 million in live earnings, including wins on the Triton Poker Tour, the EPT and WSOPE.

In joining Team Partypoker, Bodyakovskiy will line up alongside a selection of well-respected pros, including Isaac Haxton, Sam Trickett and Jason Koon.

“These players have been playing at the top level for years and they can always help with advice, because they know poker from the inside,” Bodyakovskiy said on January 19.

Known as fish2013 online, Bodyakovskiy has been active since 2010. Despite playing sporadically in the highest stakes games online, the Belarus native has made $245,734 over the course of 307,104 hands.

The bulk of his earnings, however, have come in the live arena. As well as scooping six and seven-figure pots in Triton Poker cash games (see video below), he’s won multiple high rollers, including:

As well as representing the operator at various international events, Bodyakovskiy will act as an advisor. Using his insights as an online player and regular in world’s richest cash games, the 26-year-old will help improve Partypoker’s products.

The addition of Bodyakovskiy comes just days after Partypoker announced the formation of a Player Panel. Implementing an open ear policy, the operator wants to strengthen its links between the poker community and its executives via its ambassadors.

“The Team Partypoker stable will be consulted on issues relating to cash game ecology, fairness and etiquette, and will collaborate with Partypoker in its ongoing drive to develop and optimize the core poker product, while also working on broader software enhancements,” reads the January 11 press release.

This push to empower players comes as its rivalry with PokerStars has increased. After breaking the record for richest online MTT at the end of 2018, Partypoker is now looking to capitalize.

By working closely with emerging stars and former Team PokerStars players like Haxton, the GVC-owned operator wants to establish itself as the go-to brand for players. However, PokerStars isn’t going down without a fight.

As the Player Panel prepares to guide future innovations at Partypoker, PokerStars has slashed the price of its Sunday Million. Reducing the entry fee from $215 to $109, the operator is aiming to attract upwards of 10,000 entries per week and re-establish itself as the home of online MTTs.

Partypoker will now have to respond, something that could see Bodyakovskiy earn his stripes faster than expected.