I’m not going to bury the lead here and tell you right up front that, upon going straight to the source, I can confirm that contrary to popular belief, Nick Schulman wasn’t removed from the ESPN WSOP Main Event broadcast due to any negative comments he made on air about the prestigious poker tournament. I felt compelled to clear the air up as I continue reading factually incorrect blog posts, news articles, and social media comments about the overblown controversy. 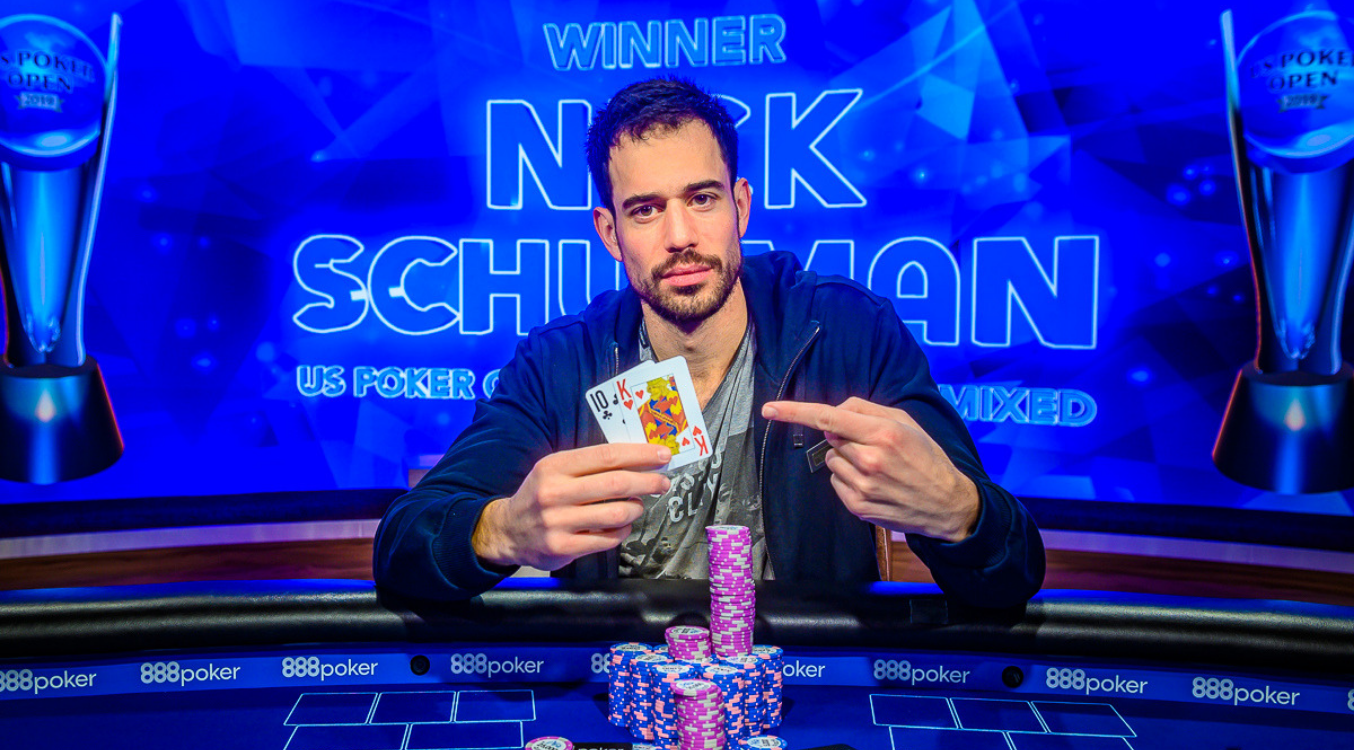 Everyone standing up for Nick Schulman is great. But also unnecessary. (Image: Poker Central)

ESPN commentator Norman Chad explained to me the details about the heavily-criticized decision to keep Schulman off the broadcast. And it’s clear that Nick’s mouth didn’t get him in any trouble with ESPN or PokerGo. In fact, he’s still a beloved poker announcer and we’ll likely hear his soothing voice on PokerGo in the near future.

I’ll give you the brief version of what happened right now so I don’t keep you waiting. And then I’ll explain the situation in further detail below. Schulman didn’t appear on ESPN from Day Five until the conclusion of the Main Event due to an unavoidable scheduling conflict that was out of his control. Changes in ESPN’s post-production plans for the Main Event were made this year, which prevented Schulman from being a part of the broadcast.

Controversy Blown Out of Proportion

The poker community was fed some misinformation about its popular commentator during the Main Event. Many were – and still are – under the impression Schulman was censored by ESPN and PokerGo.

That comment caused one poker fan to lash out at the poker announcer on Twitter. And after Schulman responded to the tweet, the poker community was led to believe he was removed from the booth due to that questionably controversial comment.

You might be right David. Coincidentally I have also been removed from the broadcast lol. But I won't put the little monkey hat on and dance around for you or them. Tourney is soft with some incredible players in there battling. These are facts. It's still an incredible sweat. https://t.co/7Q5rlBkbOH

A few days later, Schulman attempted to clear the air up in a Twitter video. But his two-minute clip made things even more confusing to poker fans. In one breath, he said “I don’t feel I was censored by PokerGo or ESPN.” In the other, he admits it “hurt my feelings” to be left off the broadcast.

So, even I was a bit confused after seeing that video on July 12. Was he being censored? Or, was there some unknown reason for why Nick wasn’t a part of the Main Event telecast? I decided to go straight to the source to find out the definitive truth.

Since 2003, ESPN has aired an edited, post-production broadcast of the WSOP Main Event. The four-letter sports network will continue doing so this year, but with a different format than the past 16 years. What does that have to do with the Nick Schulman controversy? Everything.

In year’s past, Norman Chad and Lon McEachern have gotten together after the WSOP concluded to record content for the edited version of the Main Event, which typically airs in the fall on ESPN. This year, however, the sports network is simply going to edit from the live stream that aired earlier this month. The worldwide leader in sports will then use that content to produce a condensed version of the poker tournament.

According to Chad, producers felt they needed to keep the broadcast team in tact from Day Five until completion. Those are the sessions ESPN will air during its post-production telecasts.

So, that left Schulman and his broadcast partner Ali Nejad on the sidelines. ESPN wanted “continuity” in the broadcast booth to prevent confusing viewers as to why the announcers were randomly switching from hand to hand.

I Feel for You, Man

In my opinion, that makes sense. But I also understand why Schulman was upset. After all, we’re talking about the Main Event here – the most prestigious poker tournament in the world. Announcing poker’s world championship event would be a dream come true for any poker player or fan.

So, I feel for Nick. Sitting in the booth during the WSOP Main Event for a poker analyst is like a football announcer getting to call the Super Bowl.

But I also see ESPN’s side and can respect their decision. When the post-production broadcast is aired, from my perspective as a viewer, it would be a little weird hearing Norm, Lon, and Jamie Kerstetter calling one hand and then Ali and Nick calling the next one.

Having continuity in the broadcast booth will make for a better show when it airs on ESPN in the fall. Now, can we all please put to rest this whole notion that ESPN censored Nick Schulman?

So…what we have here is broadcasting and journalism giving the public what it thinks it wants and attempts to reconcile the situation have simply fuelled the fire of conspiracy.
The bottom line appears to be, as Schulamn states in his early tweet, coincidence. But hey! Don’t ever let the truth get in the way of a great story. This issue has got Schulman, ESPN, Go Poker and WSOP lots of media coverage. Exposure is good what ever the context as everyone will have a view an it gets those people being talked about.
Another win for the big guys!

in my opinion, if you work for a particular organization, then you must follow the rules and conditions that it sets before you. If you do not want or can not follow them, then you need to change the employer. People who do not understand this are still young and do not have relevant life experience.