Day Two at the PokerStars Championship (PSC) Main Event in the Bahamas concluded on Tuesday with Nick Maimone in the chip lead (689,000). The tournament’s money bubble burst late in the day. When the session ended, 125 players were left. Day Three began at noon EST on Wednesday. 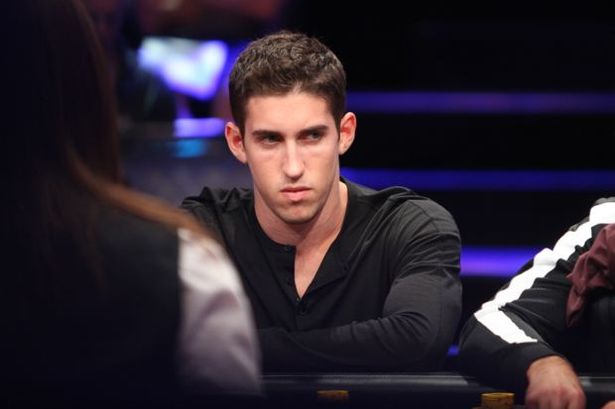 The often sullen Dan Colman bagged a massive stack on Day Two at the PokerStars Championship in the Bahamas on Tuesday. (Image: mirror.co.uk)

Colman was joined at the top of the Day Two leaderboard by some other familiar faces, including Mike “Timex” McDonald. The Global Poker League participant had 436,000 chips when Day Three began.

Moving on down the leaderboard, 2015 GPI Player of the Year Byron Kaverman bagged a healthy stack on Tuesday evening (286,000). Jason Mercier, the reigning WSOP Player of the Year, was right behind him with 281,500.

Mercier is a PokerStars Team Pro hoping to represent the brand with a championship. Ryan Riess would also like to add another main event title to his resume. The 2013 WSOP Main Event champion bagged 249,500 on Day Two.

Another November Niner, Cliff Josephy, had 242,500 following Tuesday’s action. The online poker legend known as ‘JohnnyBax’ hopes to avoid the set-under-set cooler scenario that cost him a chance to win the WSOP Main Event in 2016. His set of deuces lost to a set of treys to Gordon Vayo, the eventual runner-up, at the final table, costing him 90-percent of his chips.

The $25,750 buy-in Pot-Limit Omaha High Roller on Tuesday was expected to attract a fairly large field. That didn’t happen. Only four players signed up with just under $100,000 in the prize pool.

Isaac Haxton and Ben Tollerene began heads-up play with the entire prize pool set to go to the winner. After a few hands, the high stakes circuit regulars decided to just chop it up and call it a day.