Despite being the heavy favorite to win the NBA Championship, Buffalo Bills player, LeSean McCoy put down $200,000 for Golden State to defeat Cleveland in the finals.

So far it looks like his wager is a smart one, with the Warriors up 2-0 in the best of seven series. 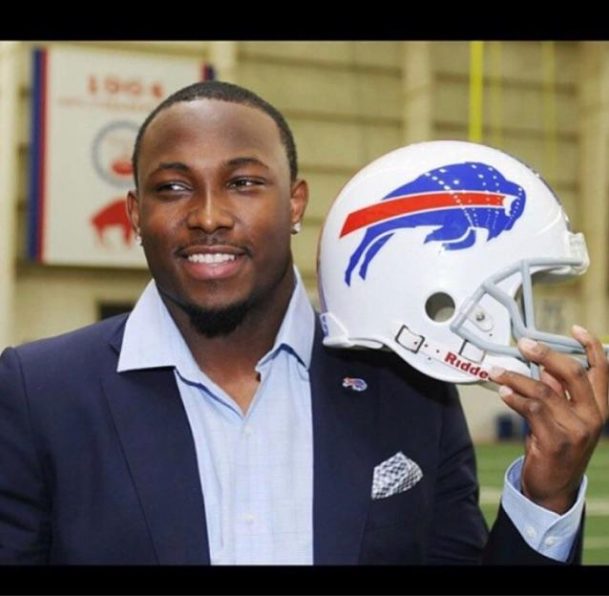 If he does win, the eight-year pro will walk away with $62,500. The team from Oakland was a minus-260 selection by sportsbooks.

On Thursday, the day of the first game at Oracle Arena, the running back walked into Planet Hollywood in Las Vegas and placed the wager. He soon posted a picture of his betting slip on social media.

Because McCoy is not betting on football and is making it at a legal sportsbook, the NFL has no problem with his activity. If he had made it through an illegal bookmaker or offshore betting sight, he would face discipline from the organization.

There is a lot more leeway with the league’s stance on gambling that many realize. Athletes are allowed to enter casinos and play table games or video poker or slot machines. They can even participate in Daily Fantasy Sports, as long as it is not football and is legal in the state they reside in.

One pursuit they are strictly forbidden from doing is promoting any casino or charity gambling event. The NFL believes this tarnishes the brand and can also put the athlete in a compromising position.

In 2015 a local radio host was billing Miami Dolphins Jason Fox, A.J. Francis and Jordan Cameron as entrants into a charity poker event. The NFL caught wind of it and told the trio they could not participate.

Andy Slater, who ran the event, told the league it was being done for a good cause, but the professional sports group told him because he promoted the player’s appearances they could not participate.

Slater was furious and told the Florida Sun-Sentinel at the time, that he thought the decision was ludicrous.

“The NFL is just doing this [with the Dolphins] as a precaution,” Slater said. “It’s an absolute joke. The NFL is built on gambling. This is the players’ time off, and they hang out with fans at a legal gambling event at a legit casino.”

Former Dallas quarterback, Tony Romo got in hot water with the league when he agreed to give a speech at a Fantasy Sports Expo in Las Vegas. He was told not to go by his bosses, despite it not being held in a casino and he wasn’t promoting the service.

The NFL gambling policy doesn’t include former players, so they are free to pursue endeavors that were prohibited during their playing days.