NFL Week One kicks off Thursday night as the Philadelphia Eagles begin their title defense against the Atlanta Falcons. Sports books expect the Super Bowl champs to kickoff the 2018 season with a bang. 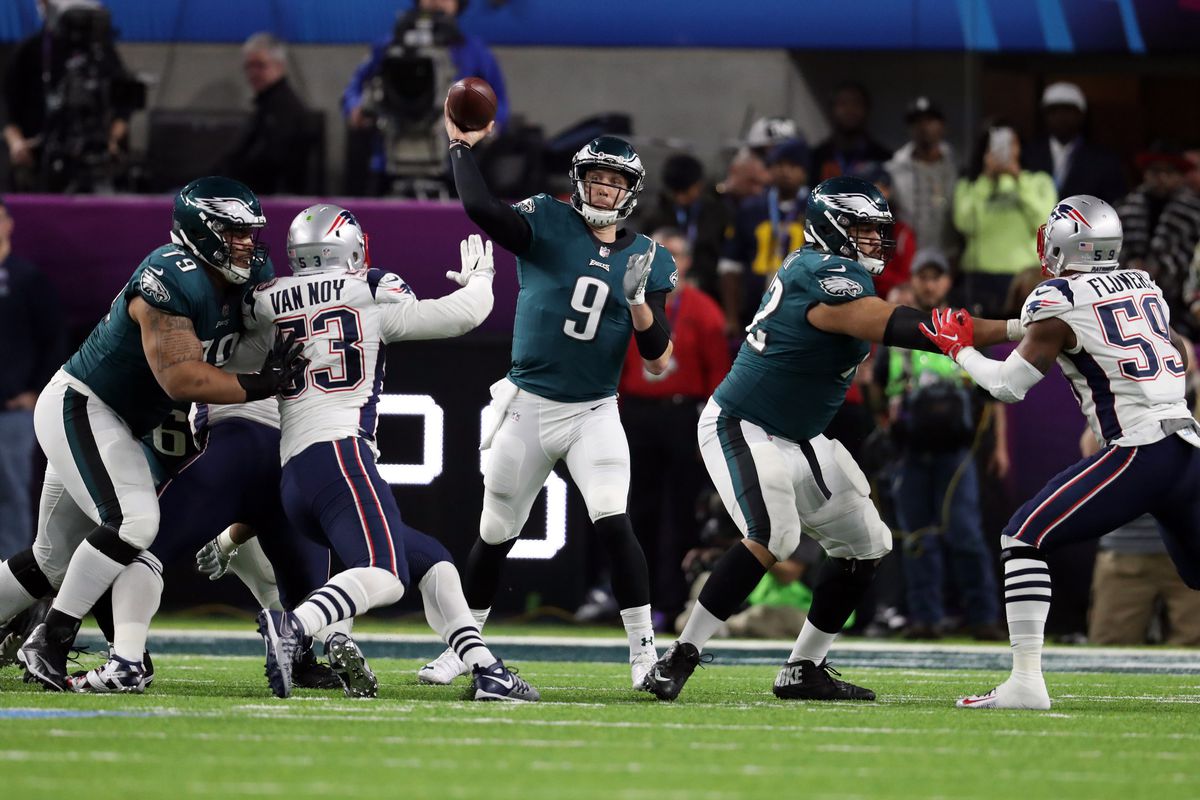 Philly’s Super Bowl nemesis the New England Patriots are favored by a touchdown at home against the seemingly over-matched Houston Texans.

Eagles coach Doug Pederson made it official on Monday: Nick Foles will start as quarterback, while Carson Wentz continues to heal from a season-ending injury he suffered last December.

Foles assumed the starting position in Week 14 and throughout last year’s playoffs. He was brilliant in the Super Bowl, passing for 373 yards and three touchdowns as he led the Eagles to the franchise’s first NFL championship.

But it was Wentz who got Philadelphia to the top of the NFC East standings before getting injured. He’s one of the top young quarterbacks in the league and is expected to return to his starting role in coming weeks.

Philadelphia remains a 4-point favorite against Atlanta during NFL Week One, despite Wentz’s absence. Oddsmakers clearly have enough confidence in Foles to continue his solid play against a quality Falcons team.

It won’t be an easy task for the Eagles to start their title defense off on the right foot. Atlanta is among the teams considered by books most likely to win the Super Bowl (20-1). All-pro quarterback Matt Ryan, a steady performer for a decade, returns in hopes of leading his team to its first-ever championship.

But the Falcons defense has formed into one of the best in the league. If Atlanta wins on Thursday, and beyond, it might be the defense carrying them, more than Ryan. Game time starts at 5:20 pm ET on NBC.

New England opens its 2018 season as a touchdown favorite against an upstart Texas team. Houston is ready to shake off a disappointing 4-12 season last year.

The Texans are banking on the return of of two injured star players in quarterback DeShaun Watson and defensive tackle J.J. Watt, who were both out for most of last season. Their return could provide the spark they need to go from basement dwellers to Super Bowl contenders.

But handicappers don’t have much confidence in the Texans pulling an upset this weekend. New England — last year’s Super Bowl losers — are heavily favored here, as they often are in Gillette Stadium.

Tom Brady, arguably the greatest quarterback of all-time, is back under center and doesn’t appear to be showing any signs of aging at 41. The Patriots are again favored to win the Super Bowl (7-1) and should handle their opening weekend opponent.

Kickoff is on Sunday, September 9th at 10 am ET on NBC.