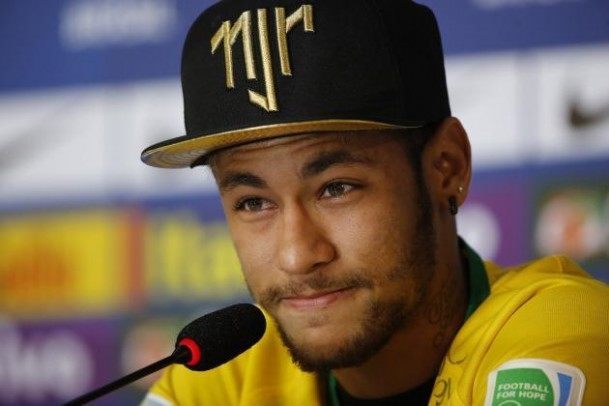 Neymar is one of soccer’s biggest young stars, but just a little too young, it seems, for UK gambling regulators. (Image: Leo Correa/AP)

Neymar Jr has a bright career in the world of soccer ahead of him, in large part because he’s accomplished so much already at the tender age of 23, meaning he still has plenty of prime years to come. But his young age isn’t always a blessing, as PokerStars recently found out.

The poker site has been forced to remove Neymar from its marketing campaigns in the United Kingdom, due to the fact that the UK Gambling Commission prohibits the use of anyone under the age of 25 (or who appears to be that young) from being featured prominently in gambling marketing.

That rule will thus exclude the Brazilian soccer star from being a PokerStars TV star in the UK, at least for the next two years.

“No one who is, or seems to be, under 25 years old may be featured gambling or playing a significant role,” the regulations state.

Neymar was one of three soccer players featured in PokerStars’ most recent advertising campaign, one that is said to be the largest in the history of the site. Both Neymar Jr and Christiano Ronaldo are appearing in advertisements, and they, along with the “original” Ronaldo (the Brazilian Ronaldo Nazari) are the basis of the “Dream Team Collection” promotion currently running on PokerStars.

In that promotion, players try to unlock pieces of photos of the three soccer legends by completing various missions on the site, such as cashing in tournaments, winning with certain hands, or playing in a specific type of game. Doing these tasks unlocks the chance to win a variety of prizes, including the chance to enter a tournament with a $1 million prize.

Now, the promotion is going on as normal for UK players, though with a slight change. Instead of unlocking a portrait of Neymar Jr, players are instead working towards putting together a pretty picture of Canadian poker pro Daniel Negreanu, who is over 40 and well within the the safety range for UK regulations.

Kid Poker might not have Neymar’s debonair sway with the general public, but he’s got top-flight name and face recognition among those who play poker, and is equally at the top of his game.

It is possible that Neymar could appear in PokerStars’ marketing in some way in the UK, but the laws regarding such use are pretty limited. In general, the main exception to the rule is that images of players under 25 (but still 18 or older) can be used to illustrate bets directly related to their performance in a match. But at most, that would allow PokerStars to use images of Neymar Jr in its fledgling sports betting operation.

While the loss of Neymar in UK promotions might sting just a bit for PokerStars, the company is still getting good value out of its investment in him elsewhere. The forward plays for FC Barcelona, and in his downtime, has been known to play for some reasonably high stakes on the localized version of PokerStars in Spain, known as PokerStars.es.

It was there that Neymar hit a royal flush over the weekend in a large cash game pot, one that earned him €17,810 ($20,300). News of that hand quickly went viral,thanks to the soccer star’s decision to post an image of the hand to Instagram, where his 30 million followers celebrated their hero’s good fortune.

Even if Neymar can’t appear in a PokerStars ad, he may be coming to the UK in one way or another. Rumors have been swirling that he could be transferred to Manchester United, though Barcelona has dismissed those talks.

that 25 year age limit for the marketing of gambling is a strange rule . but I guess the law is the law .

Why did Pokerstars did not read the law before take Neymar Jr in their promition?