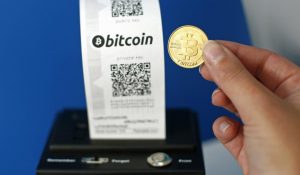 Newsweek has published an article on Bitcoin online poker and gambling less than one week after a scathing cover story about online gambling in general. Poker players and gamblers were up in arms over the last story penned by Leah McGrath Goodman, due to the one-sided presentation of the issue without reaching out to pro-US gaming forces in the industry for balance.

The latest story, also by Goodman, focuses on Bitcoin online gaming and addresses the topic with more fairness, but still a point of view that seems to lean toward the notion that it is a work-around for online gamers who don’t have the law on their side.

The most popular online poker site that deals exclusively in Bitcoin is Seals With Clubs, owned and operated by longtime Bitcoin advocate and poker player Bryan Micon. The author of the piece spoke to Micon for the article, for which he noted that the online poker industry is attempting to reinvent itself.  Micon was quoted as saying he built “something that will be safe and reliable for every player” after having dealt with online poker sites that did not value the players or their money.

The story says that hundreds of players participate in poker games on the site, and there are currently 72,841 accounts worth millions of dollars in exchange. Micon noted that the site is “focused on anonymity and for players looking to control their bankrolls,” and that it offers the fastest payouts in the online poker industry.

Goodman writes about online gambling remaining “illegal” in the United States, so Bitcoin is a way to get around that problem. With the alternative currency currently free from taxation and regulation, as well as unaddressed by the poker industry in any way, online poker sites can use Bitcoin to continue offering poker to Americans.

Even so, Goodman points out that one Bitcoin processor, Coinbase, recently closed all accounts of online gamblers around the world because the company has chosen not to provide services for any type of gambling activity. The company also noted that “gambling is illegal under US law.”

Reality of Bitcoin in Online Poker

There are no laws governing Bitcoin, especially in the United States, thus far. Seals With Clubs has been operating in unchartered territory and doing so with strong legal support. However, the withdrawal of Coinbase as a payment processing option shines a spotlight on sites that use Bitcoin for online gambling transactions.

As with many strong believers in Bitcoin, Micon continues to offer online poker to Seals With Clubs customers and will do so until the law dictates otherwise. Newsweek is probably correct that he is “running a huge risk by catering to American players,” but Micon and others are willing to take those chances.