New York Sports Betting Could Be Imminent, But Online Poker Not Coming Soon

New York is now one of several states trying to get their sports betting industry up and running as soon as possible. But those hoping that online poker will be a part of that gambling expansion are probably going to be disappointed. 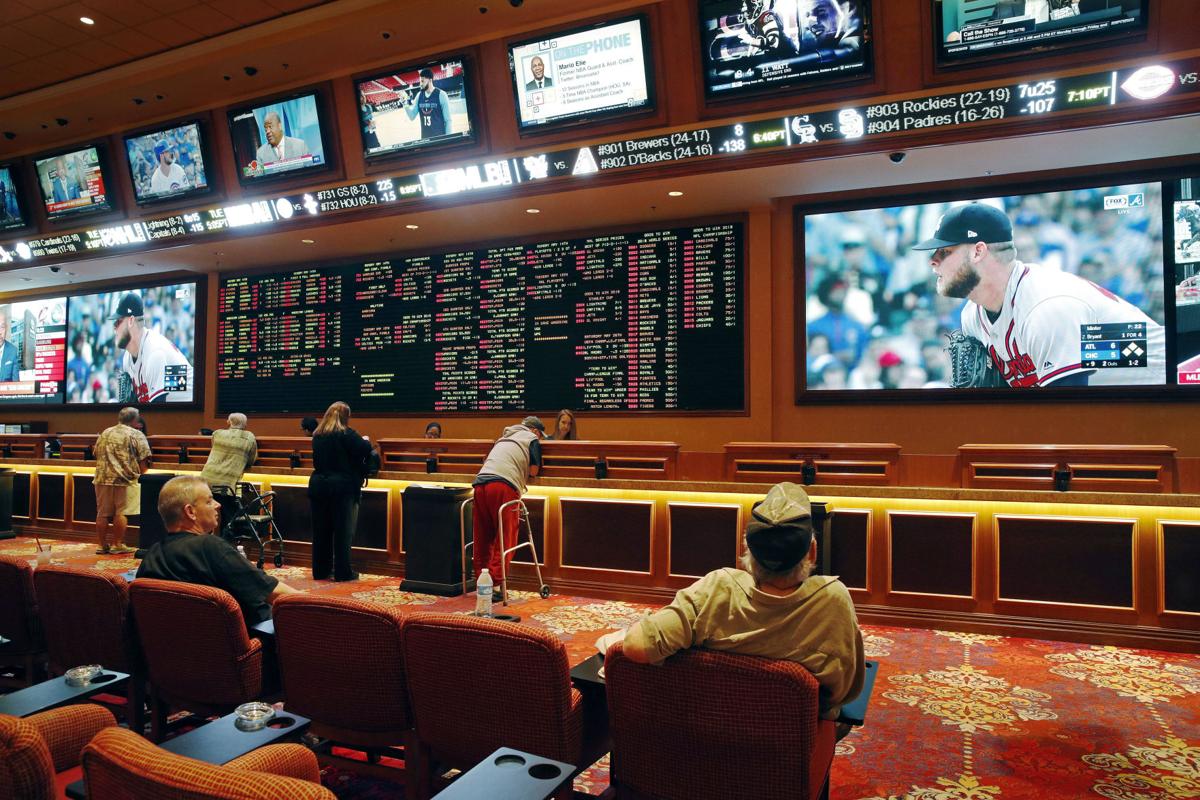 New York may soon has sportsbooks like this one at the South Point Hotel and Casino in Las Vegas, but online poker is further from being a reality in the state. (Image: John Locher/AP)

That’s the word from New York Assemblyman Gary Pretlow, who spoke to Andrew Whitman of FiOS1 News about his efforts to get sports betting up and running in the state.

At the tail end of the interview, Whitman asked Pretlow about the Assemblyman’s ongoing efforts to push forward with legislation to legalize online poker. While Pretlow wasn’t giving up on eventually seeing regulated online poker come to New York, he said he didn’t anticipate that activity around sports betting would provide much of a boost for online poker’s cause.

“I’m still working on it,” Pretlow said of an online poker bill. “My conference has issues with online poker. They think it is gambling. I’m trying to convince them that it is a game of skill, it is not gambling. That argument can go on for a long time. I think at some point we’re going to get it done, though.”

Proposed online poker bills have been floating around the New York legislature for years now, with some versions passing through the state Senate before stalling in the Assembly. Reports earlier this year suggested that there could be some momentum building for the bill in the Assembly this year, even as the Senate passed a budget that didn’t include any forms of online gambling.

But the comments from Pretlow, who is the head of the Assembly’s gaming committee, suggest that it will still be some time before there’s enough support for such a bill to pass. In the meantime, Pretlow is focusing on an area where he thinks there will be a lot of movement this year: sports betting.

New York’s ability to quickly jump into the sports betting arena is a result of a 2013 state constitutional amendment that allowed the state to authorize several commercial brick-and-mortar casinos. So far, four such venues have been built in upstate New York, the largest of which is Resorts World Catskills.

Pretlow was instrumental in inserting language into that amendment that would allow these facilities to offer sports betting if the federal ban on the activity was ever lifted. Following the Supreme Court’s decision to strike down PASPA, that language has become relevant.

“Right now, the state of New York will or can do sports betting in person in the brick-and-mortar casinos,” Pretlow told Whitman.

New York’s Gaming Commission is already working on regulations that would govern sports betting under the existing legal framework. Meanwhile, both Pretlow and State Sen. Jon Bonacic have introduced more comprehensive sports betting bills into the state legislature in the hopes of setting up a taxation scheme and other regulations.

In his interview with Whitman, Pretlow says that he hopes to see sports betting at the state’s casinos by the end of June, though there may be too much red tape for that time frame to be realistic. Even after the Gaming Commission establishes its rules, there will be a 45-day public comment period before they can take effect.

this is crazy, that they wont pass online poker bill.. but its okay to open a casino in the middle of queens where theres blackjack and poker machines.. what is that, not gambling.. also how is it right to not have the bill passed, but have all these unregulated poker sites operating in ny from offshore.. and also, if u search on the internet there are numerous of underground poker rooms operating in nyc illegally.. this whole shit is nonsense