The third time was not a charm for advocates of online poker in New York. 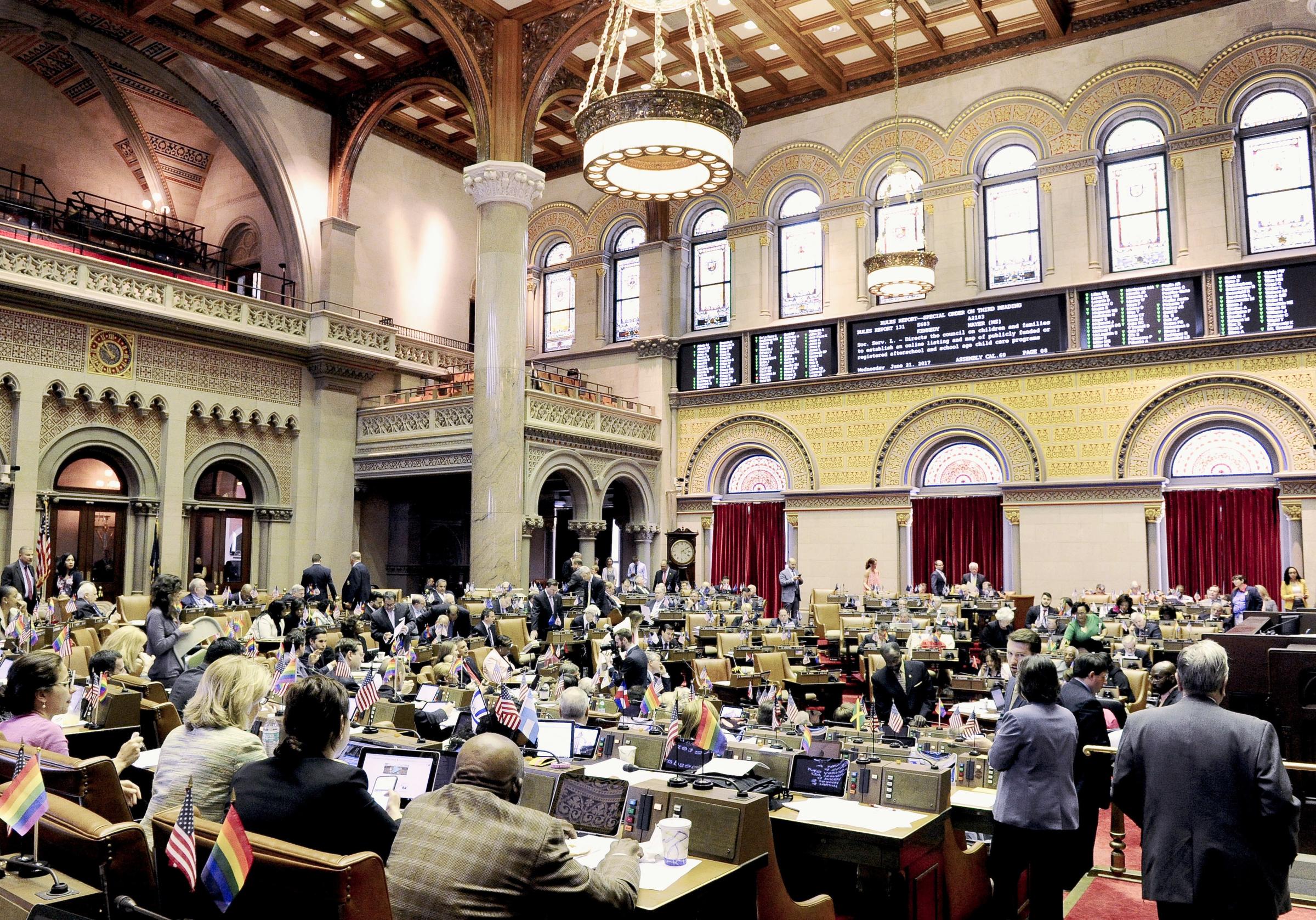 Members of the New York Assembly apparently have little interest in passing an online poker bill, despite an initial spate of buzz about the possibility. (Image: wshu.org)

Despite passing a Senate vote in January for the third straight year, internet gambling was ultimately left out of New York’s state budget yet again, serving a crushing blow equivalent to a Mike Tyson right hook to the jaw for poker players who are tired of driving across the border to New Jersey to play online legally.

Last fall, Pennsylvania became the fourth state to legalize internet gambling. The poker community hoped a domino effect would soon follow, with New York, California, and other heavily populated states hopping on board.

But California Assemblyman Reggie Jones-Sawyer, a Democrat sponsor of a poker bill, has already announced the issue likely won’t even be on the table this year.

The New York Senate has shown some love to the poker community in recent years, three times passing a bill to facilitate licensing and regulation of internet gambling (which would include online poker). But the Assembly has been less supportive, and refused to even vote on the measure.

There are four non-tribal commercial casinos in the Empire State, and all are struggling financially. The new $440 million Del Lago Resort Casino in Seneca County, for example, is deep in debt already and is asking the state for a bailout.

Del Lago expected to generate $263 million during its first year of operation but fell short of revenue projections by $100 million.

“This casino developer pushed to have a New York casino for years, including on the Syracuse state fairgrounds,” state Sen. John DeFrancisco said to MPNow.com. “So he knew exactly what he was getting into. If he’s losing money, that’s his problem to fix, not the taxpayers.”

We don’t know if the state will bail Del Lago out, but we do know the fledgling casino won’t be getting a revenue boost from online poker and casino games any time soon.

New York cares more about its taxi drivers than its poker players. Gov. Andrew Cuomo signed a $168 billion budget over the weekend that included a surcharge on Uber rides in Manhattan and provides funding for New York City’s public housing, but online poker wasn’t included.

Budget winners included the taxi driving industry, as the budget made it more difficult for Uber rides to be affordable in Manhattan, the New York City Housing Authority, which received a $250 million boost, and New York City Council Speaker Corey Johnson, who got the $400 million he wanted for the city’s subway system.

This story reminds me of the history of martial arts (MMA), New York, also for a long time did not want to legalize MMA, but later still gave permission. With online poker will also be

Way to go Pennsylvania. Four is four. That’s a good start. Too bad about NY though. I wonder what will happen next year.