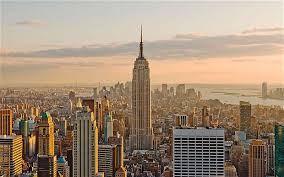 Every New York online poker bill proposed has failed to get past the first step, until now. S.5032-B, a bill sponsored by State Senator John Bonacic (R- 42nd District) would legalize Internet poker in the Empire State.

Bonacic, chairman of the Racing, Gaming, and Wagering Committee, along with the poker community, scored a victory, albeit a small one, on Tuesday. The proposed bill successfully made its way past the first, but most important, hurdle, receiving a favorable 9-0 vote from the committee.

Bonacic appeared satisfied with the results of the hearing, and laid out where the bill goes from here for poker players in New York.

“S.5302-B took a necessary step forward today with its vote out of the Racing Committee. The Bill now goes to the Finance Committee and I anticipate having ongoing discussions with my colleagues in both Houses regarding this bill as session moves forward,” he said.

The Senate Finance Committee will be up next to discuss the bill at an unspecified date. Tuesday’s hearing was a positive step, but the bill has many hurdles to pass before regulated online poker sites begin operating in New York.

S.5302-B would allow certain games of skill, specifically Omaha Hold’em and Texas Hold’em, to be played legally online in New York. If passed, the New York Gaming Commission would be able to license and regulate online poker sites.

Gaming operators would be required to pay a $10 million licensing fee. The license would be in effect for 10 years. According to the proposed bill, no more than 10 entities would be granted a license.

The purpose of the bill is for the state to generate more revenue. Should New York sell the full allotment of online poker licenses, the fees alone would generate $100 million. That doesn’t include the additional 15 percent gross revenues sales tax licensees will be required to pay.

Following the unanimous vote from the Senate Committee on Racing, Gaming, and Wagering, the Poker Players Alliance (PPA) offered up its gratitude in a press release.

“The PPA thanks Chairman John Bonacic and the Committee for acting quickly to pass iPoker legislation through the Senate Committee on Racing, Gaming and Wagering. If passed into law, the bill would provide New Yorkers who play poker online with a safe and regulated environment, while bringing in revenue for the state,” said John Pappas, executive director of the PPA.

Pappas encouraged the Finance Committee to get the bill through the Senate quickly, and for the state Assembly to move forward with legislation.

The PPA is an online poker advocacy organization that fights for the rights of poker players in the United States. New York isn’t the only state the PPA is focused on at the present time. California is considered the PPA’s “big fish,” due to its population.

Should a state such as California or New York legalize online poker, a domino effect could occur around the country. It’s one step at a time, but Tuesday’s vote in the New York Senate was certainly a step in the right direction.