New York online poker bill passage is like that water mirage on the freeway when it’s 115 degrees in the desert (which is Las Vegas’ reality this week): it looks so close and so good, until you actually approach it and realize it’s not going to materialize.

It all looks simple enough if you read the measure’s Cliff’s Notes on the New York State Assembly legislative site:

But alas, online poker players in the Empire State are likely to be left disappointed after disagreements over details of the bill have left little time for the measure’s sponsor, Assemblyman J Gary Pretlow’s (D-Mt. Vernon), to see A05250 to pass it through the Assembly.

Following a successful Senate vote on companion measure S3898, many were hopeful that passage would receive the same level of support with Assembly members. But according to a report by the New York Daily News, hope is sinking more than floating in this instance.

Too Little, Too Late 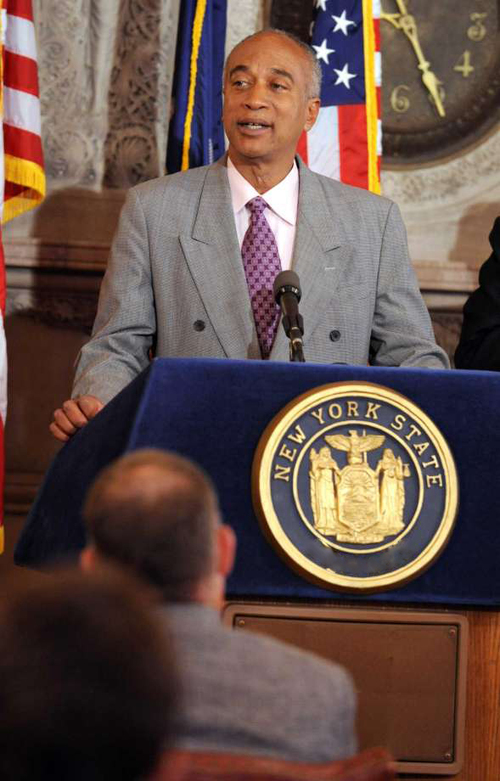 A recent quote from Pretlow suggests that arguments over some of the bill’s details will likely leave it on the side of the road by the June 21 close of the legislative session.

“There was some opposition; we’ll pick it up next year more than likely,” Pretlow told the NY Daily News.

The main sticking point for the bill is that it hasn’t been able to pass through the state’s various committees in time. Under New York law, a bill must have a three-day gestation period before a vote.

A05250 still needs to clear the Codes, Ways and Means, and Rules committees before a vote, but as of the week ending June 16, it had stalled in Codes. The bill is expected to sit there until the 21st, which means online poker in New York will have to potentially wait until 2018 at the earliest to pass muster.

Despite the set-back for Pretlow’s skill-based online poker bill, some positives have come out of the recent hearings. Sen. John Bonacic’s S3898 (which is almost identical to A05250 in its aim and conditions) passed through the Senate with ease.

A 54 to 8 vote on June 13 was a clear sign that senators are ready to advance the online poker bill and boost the state’s coffers with additional tax revenue. However, a familiar sticking point in the form of the “bad actors” issue has caused A05250 to stall in the Assembly.

Some members feel the penalty for bad actors is too low, while others believe it may be too high. This indecision towards operators that remained active in the US after the Unlawful Internet Gambling Enforcement Act of 2006 (UIGEA) has also hampered California’s iGaming efforts.

In that state, certain Native American tribes want previous bad actors (namely, PokerStars) completely blocked from applying for a license and this has caused talks to breakdown on numerous occasions. Although New York’s political figures don’t have such strongly opposing views on the issue, the contention will have to be addressed if A05250 is to pass through the state’s Assembly now, or in 2018.

It is unbelievable that we are in 2017 and as adults we can’t enjoy to play poker online! The politicians needs 100 years to solve a problem! All the credit to senator John Bonacic , he tried his best with this bill, he is a great person, but unfortunately we have democrats that like to keep this state on communist environment! This is ridiculous!!!

Sure, there is always next year, and the year after that. These politicians are useless!