Don’t get your hopes up just yet, but a bill to legalize online poker in New York seems to be picking up steam in the closing days of the state’s legislative session. 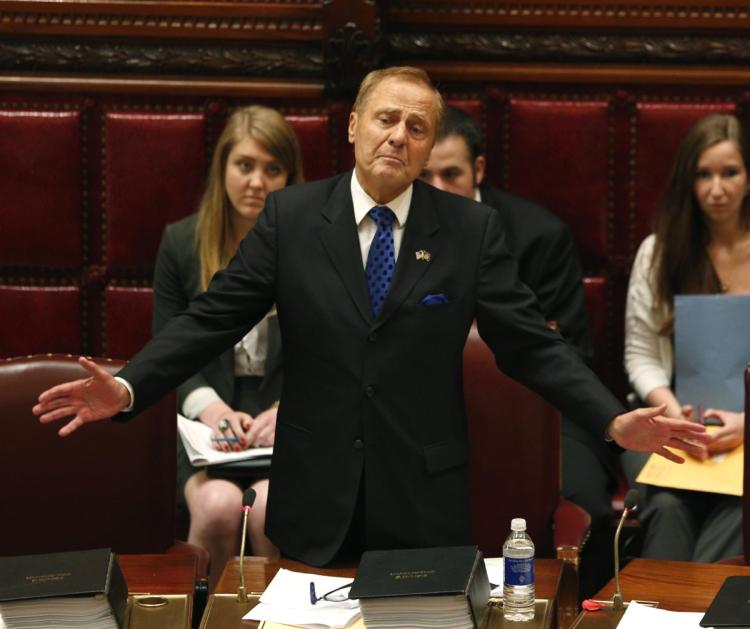 Republican State Sen. John Bonacic has been shepherding a bill to legalize online poker in New York through the Senate, and now is time to work with the Assembly to carry it all the way to the governor’s desk. (Image: NY Daily News)

Bonacic has long been a proponent of legalizing internet poker as a means of plugging holes in the budget and filling state coffers. But Gov. Andrew Cuomo, a Democrat, has been lukewarm at best about the notion of turning to online gambling regulation as a revenue stopgap for New York.

Under Bonacic’s bill with the new amendment added, only existing casinos and race tracks would be allowed to operate online poker sites. The state would get an initial cash infusion, estimated at $110 million from licensure, and an ongoing cut of online revenues moving forward.

“Our bill makes sure you have to do it at the racinos or the casinos,” the senator told Newsday, a New York newspaper. “That’s where the platforms have to be. That’s where you make the money.”

This addition follows an amendment that included a “bad actors” clause, which would prevent online poker sites that served New Yorkers after enactment of the 2006 Unlawful Internet Gambling Enforcement Act from ever obtaining a license, meaning sites like PokerStars would be cut out of the action.

The Republican-controlled Senate is expected to pass the vote with relative ease, as they have in previous years. To move forward, though, the bill will then need to pass through a Democrat-led Assembly, where promising efforts in the past eventually ran into insurmountable resistance.

But Bonacic believes he has an ally in Rep. Gary Pretlow (D-Mount Vernon), chairman of the Assembly Racing, Wagering and Gaming Committee. Pretlow said last week that he’s is finding some success getting other members on board with the online gaming idea, particularly with a current need for emergency funding of New York Schools.

“Pretlow wants it,” Bonacic said enthusiastically. “It’s a tougher walk, but he wants to do it.”

If New York legalizes online poker, it would mark a major change in the US online poker landscape. As the third most populous state in the nation, the legal game in New York would more than double the number of people able to online poker in the US.

“There’s illegal online gaming right now,” Bonacic said. “So why don’t we monitor it, tax it and make money for education?”

Poker players know he has a point. But the fate of this bill will reveal whether or not the politicians have learned that lesson.